Russian President, Vladimir Putin has warned the US and NATO not to cross a “red line” with Russia and condemned what he called a coup plot against the Belarus government.

Speaking in his annual state of the nation address on Wednesday, April 21, Putin claimed that the West shouldn’t misjudge Russia as tension mounts over a possible Russian invasion of Ukraine and Russia’s jailing of Putin critic Alexei Navalny.

President Putin said Russia wanted good relations with all countries, but there were constant attempts by Western powers to “pick on” Russia. 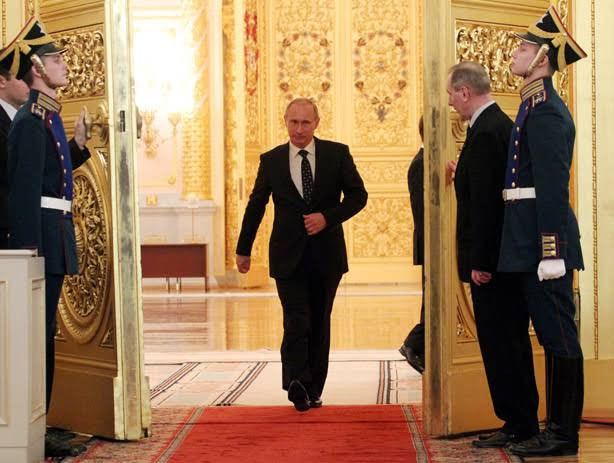 “We don’t want to burn bridges, but if somebody interprets our good intentions as weakness our reaction will be asymmetrical, rapid and harsh.”

He said: “We’ll decide for ourselves in each case where the red line is”.

On 17 April the Belarus government announced that they had foiled a plot to assassinate President Lukashenko.

Putin backs Belarusian President Alexander Lukashenko, who faces huge opposition and Russia claims the assassination attempt was backed by the US.

Opposition leader Svetlana Tikhanovskaya has been exiled since then and the US has placed several sanctions on the Belarus government and Putin says the US is weaponizing its use of sanctions.

In his speech Mr Putin said that “the West didn’t think about Belarus or Ukraine, when the Maidan events were going on there”. Putin was referring to mass protests in Kyiv’s Maidan Square in February 2014 thG led to pro-Russian President Viktor Yanukovych fleeing to Russia.

“The organisers of any provocations against Russia will regret [their actions] in a way they never have before,” Mr Putin warned.