Lanre Tejuosho, chairman, senate committee on health, is excited about the one percent of the consolidated revenue fund (CRF) earmarked for health and passed by the national assembly in the 2018 budget.

In this interview with select journalists, the senator representing Ogun central said the fund would be a major “game changer” for the country’s health sector. He also said the government is working towards providing better incentives for doctors in the bid to discourage brain drain from the country.

Tejuosho lamented over the challenges in the sector, saying doctors also need to improve.

Sir, can you give an elaborate explanation of the one percent fund for health?

Tejuosho: One percent of the consolidated revenue fund (CRF) of the country is to be added to the health budget of Nigeria for this 2018. The health act was signed into law in 2014 by former President Goodluck Jonathan and every year, it has been impossible to obey that law. Either by omission or not enough effort but we thank God since I got into the senate and was nominated to be the chairman on health, I looked at everything I inherited and I decided that it is not just to be introducing new bills and new laws when there are so may laws that we have not obeyed.

So, if I can concentrate my efforts so that the main game changer for health sector in Nigeria is this one percent, if we can make it happen. With this one percent, we know that the government of Nigeria would have some money set aside to pay for the health issues of about 3,000 Nigerians in each local government. Once they come to the local government primary health centre, with this fund, the centre has enough money to maintain it and pay its staff. They would be on their own a private sector health institution.

So, all these issues of general strike won’t pertain to them because they are getting their money at the end of the month anyway. Imagine 3,000 Nigerian patients who are being catered for by a fixed amount and they would have enough money to have enough drugs, enough money to pay the nurses, doctors and all those working with them. 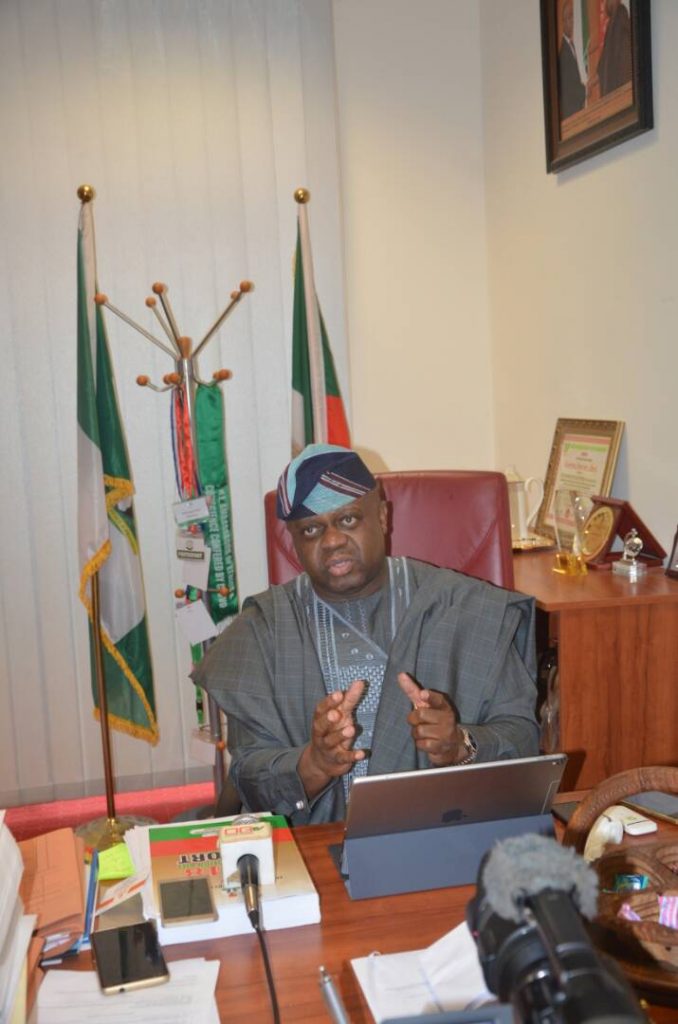 Tejuosho during the interview

But because of the pressure and the failure of the primary health sectors, everyone rushes to teaching hospitals. With this, the primary health centre would now be busy and the health workers would be happy to work there because they would have the money to sustain whatever they are offering Nigerians from that location. It would also make our health workers more interested to work in the rural areas because they know there is more money to be made for them if they are ready to work.

Are we going to see this type of intervention in subsequent years?

Tejuosho:  Yes, it is a minimum contribution. It is like a grant. It is not like the health capital budget. This year for example, the amount is about 55 billion, if they spend 40 billion out of it this year; they have a balance that they can move to next year. It is not going to go back to the TSA account like the normal budget. So the money is a minimum.

The government can next year decide to make it two percent or three percent, the law makes it a minimum of one percent. So, we hope that that would be able to be the game changer of health sector in Nigeria. Also now, we are now going pass the amendment of the national health insurance bill to ensure that every Nigerian puts something into national health insurance and every Nigerian would be able to go to any clinic and would have basic health care provision.

Sir, what measures are being taken to reduce medical tourism and ensure better healthcare delivery for the country?

That will take us some time but we have to see the efforts the government is putting in to ensure that the hospitals and clinics are actually given the minimum positive service. We intend to also introduce some call centres that will be linked to the national assembly so that any Nigerian can phone in, complain about any hospital, any health service required. We shall be launching that shortly to ensure that the number is available to everyone and an email so that we can monitor your complaints.

Once the doctors, nurses know that they are being watched by Nigerians, and they know you can report them. They will gradually sit up and we will have improvements in what they are offering Nigerians.

What about equipment lacking in our hospitals, what is being done about that?

Tejuosho: The problem with people going abroad is not because of equipment. We have a lot of MRI machines in Nigeria. Some of our doctors cannot even interpret the results because of lack of experience. Most of our doctors who should be teaching the students, as soon as they finish from the teaching hospitals, they graduate and after one or two years they have gone to the UK or America or Dubai. So who will teach our doctors?

So we want to attract our doctors back. First of all we are considering looking at the salary structure of Nigerians to be able to compare it, with what is obtained internationally so that our doctors will not be looking for greener pasture. You can blame a doctor for leaving Nigeria when he collects a salary of $2,000 in Nigeria when they can give you $10,000 in UK. 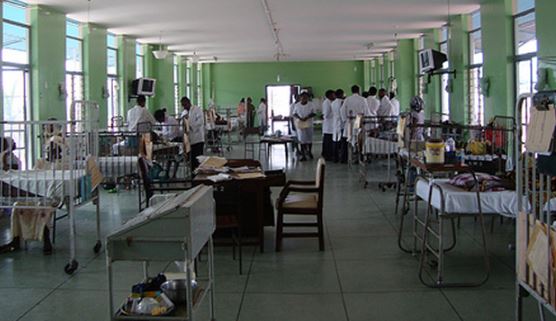 Health workers on duty in a hospital

We will strive to see how their salary can be improved so that they will be able to stay in Nigeria so that their work environment is conducive, they have to consider power, also updating their equipment to be current. So there are so many things we need to work on but let us make sure that the basic is working to make sure that primary health centers – the average Nigerian that cannot afford to go to the UK, ok? Let us take care of them first. Medical tourism? We will sort that out later.

Has the senate has done anything as regards the JOHESU strike?

Tejuosho:  Immediately the strike was announced, we invited the leadership of JOHESU, they had a meeting here. We first of all told them, look, you cannot be doing things without carrying us along. The time they started discussing with the executive, they should have been copying us, so we can be in the picture.

So, it is not when it has got to a strike situation that they will be involving the national assembly. So this is one mistake that must not continue.

Secondly, they gave us the reason for the strike, eight months ago, there was an agreement between JOHESU and ministry of health which was signed by both parties to implement certain things in form of their payment and to me, that is the first thing we need to address because the two of them agreed on those figures and on those payments. I called the minister to see how we can at least fulfill the signed agreement. I believe the budget that was delayed contributed to the non-implementation of the payment.

Sir, away from health, what are your thoughts on the controversies trailing tenure extension, rancourous wards congresses in your party (APC)?

Tejuosho: This is a very young party, this our first taste of government. You can’t expect to be perfect just like that. Most importantly, everyone wants to be on the winning side. So everybody wants to come to APC. The different people, strange-bed fellows trying to come together under one umbrella, of course they have to adjust to themselves. So, it is part of their adjustment.

If you say out of 36 states, you have success in 30, I think it is a pass mark. So we are work in progress. What is important is that at the end of the day, we solve the problem.

Chioma Does Not Have Coronavirus – Kemi Olunloyo