Win money on DrumbeatNews !!!
A court Plateau State has thrown a former Governor of the state and serving senator to prison over alleged fraud. 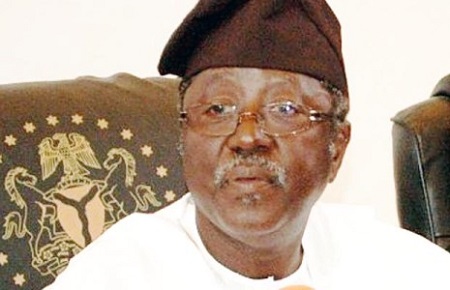 Jonah Jang
The former governor of Plateau State, Jonah Jang who is currently a senator has been remanded in Jos prison by the Plateau State High Court.
Mr Jang, who is currently the senator representing Plateau North district, is facing a 12-count charge of diverting N6.3 billion alongside a former cashier in the office of the Secretary to the State Government, Yusuf Pam.
They were alleged to have committed the offence while Mr Jang was governor of the state.
The court made the decision after it denied an application by Mr Jang’s counsel, Robert Clarks, for his bail following his arraignment by the Economic and Financial Crimes Commission (EFCC) on Wednesday.
After pleading not guilty to the charges; their counsel, Mr Clarks, applied for their bail.
But prosecution counsel, Rotimi Jacobs, opposed the application, saying the accused, particularly Mr Jang, has tough credentials as a three-time governor, former Nigerian military general and serving senator, and may therefore intimidate prosecution witnesses if given bail.
He said granting them bail will not be in the best interest of justice.
The trial judge, Daniel Longji, thereafter ruled that the accused persons be remanded at the Jos Prisons till the next sitting of the court on Thursday May 24.

Taraba Community In Shock As Gunmen Kill Man And His Wife...

Train Collides With Bus In Lagos

Resign Now! Blood Flowing Under You More Than Under Jonathan –...