Win money on DrumbeatNews !!!
A police officer was left in pain after a bus conductor reportedly stabbed him during a disagreement inside bus. 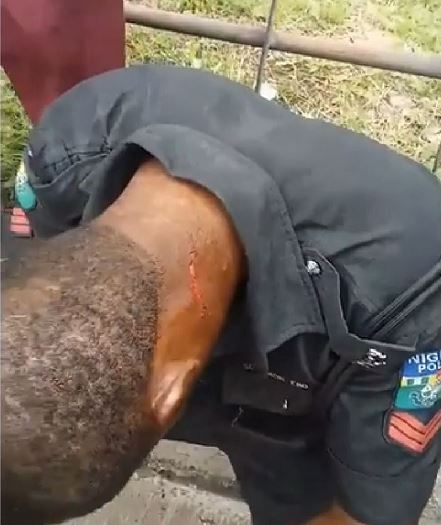 The policeman after he was stabbed
A bus conductor has found himself in serious trouble after allegedly stabbing a policeman on Friday. It was gathered that the conductor stabbed the policeman during an altercation inside the bus in Lagos.
The unidentified conductor reportedly hid under the bus to avoid arrest and beating.
Some of the officials of the Lagos State Transport Management Authority were also at the scene of the incident. Eventually, the unidentified man came out from hiding and pleaded with the officers to forgive him.

Prophet Arrested For Raping 15-yr-old Girl During A Spiritual Cleansing In...

See Why Lagos State Government Shuts Down 19 Buildings In Ikorodu