Win money on DrumbeatNews !!!
A dramatic incident in Enugu has seen bank workers belonging to 8 top banks in the state forced out of their offices as the buildings are sealed off.

Eight top banks were sealed off in Enugu state for disobeying the directive by the state government to remit Withholding Taxes  worth about N1billion into the coffers of the State Government.

According to Mr. Emeka Odo Chairman, Enugu State Board of Internal Revenue the banks failed to heed several warnings conveyed to its management.

A statement from Odo reads:

“Eight banks were this morning sealed by the Enugu State Government for failure to remit about N1, 000,000,000.00 (One Billion naira) in taxes to the coffer official the state government.

The state government, through the Enugu State Board of Internal Revenue (ESBIR) on Feburary 6 and 16, 2017, obtained Exparte Orders from the Enugu State High Court to distrain the affected banks. The Board began the enforcement exercise this morning, and I wish to state that it was very successful.

The branches of the affected banks in the State, which are now under lock and key will remain locked until they pay to the state government the taxes they have collected on its behalf.

The government has been encouraging individual tax payers and tax agents to comply voluntarily by paying their taxes promptly. We have reformed the process of remittances of government revenues to make it easy for banks to pay their taxes like other corporate citizens.

In the past one year we have written the affected banks severally and held meetings with them on the subject matter but they would rather hold onto government funds illegally. 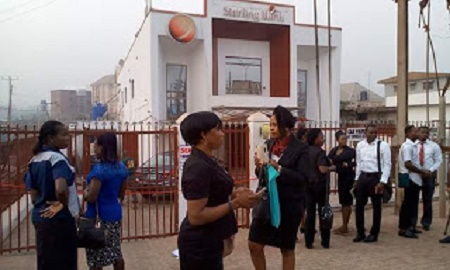 The action of the affected banks has been denying the State government of the funds it needs to execute its developmental programmes that would impact positively on the lives of the people.

The eight banks have a combined branch network of 36 branches in Enugu metropolis and the neighbouring towns of Agbani and Ituku  Ozalla.

The sealing of the banks is the first phase of the enforcement exercise on major companies and institutions to ensure that they perform their civic obligation to the state government.

We can no longer allow the banks to behave like corporate outlaws, moreso, when it is on record that the Withholding Taxes (WHT) which the state government is demanding that Banks remit to its coffer,  have already been deducted by  the banks from the interests that they pay on deposits to their customers.

The banks have no business holding onto these taxes they collected on behalf of the government. 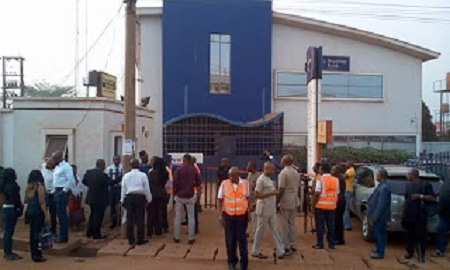 The present administration in Enugu State has laid out an ambitious plan to upgrade critical infrastructural facilities in the State. These people-oriented programmes need to be adequately funded urgently, because the state government is in a hurry to deliver on all its campaign promises to the people.

We are all aware that revenue allocation from the Federation Account to the state government has been dwindling. The government expects banks and other financial institutions to join hands with it to harness its internally generated revenues.

In view of the above, we call on the people of the state, especially customers of the affected banks to be calm and see the action as a measure to enable the government serve them better as their monies in the affected banks are safe.” 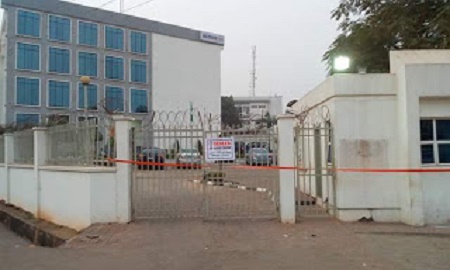 INEC Finally Makes Decision On Electronic Voting Ahead Of 2019

Pastor’s Wife Commits Suicide In Ondo State After Saying She Was...