Germany has announced that there is “unequivocal proof” that Russian opposition politician Alexei Navalny, who is battling for his life in a German hospital, was poisoned with a Novichok nerve agent by the Russian government.

According to Germany’s Chancellor Angela Merkel, who spoke to press on Wednesday September 2, Navalny was a victim of attempted murder and the world would look to Russia for answers.

Navalny, an anti-corruption campaigner who has led nationwide protests against the Russian authorities and is a constant critic of Russia president Vladmir Putin, was airlifted to Berlin in a coma after falling ill on a flight in Russia’s Siberia region last month. 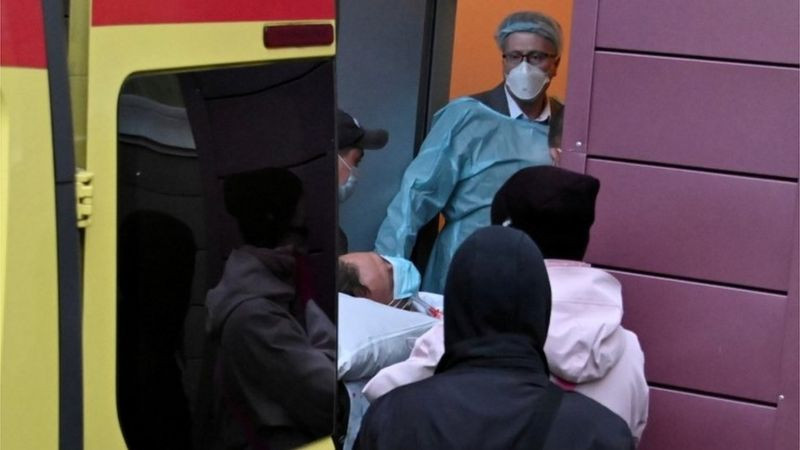 His team suspect poison was placed in a cup of tea he took at Tomsk airport and immediately he collapsed his flight was diverted to Omsk in Russia where doctors treated him for three days before he was transferred to the Charité hospital in Berlin.

After Germany released results of toxicology tests carried out at a military laboratory, Chancellor Merkel said there were now “serious questions that only the Russian government can and must answer”.

“Someone tried to silence [Mr Navalny] and in the name of the whole German government I condemn that in the strongest terms.”

Merkel said Germany’s Nato and EU partners had been informed of the results of the investigation.

According to Merkel, Navalny was poisoned on President Vladimir Putin’s orders, an allegation the Kremlin has dismissed .

The Kremlin says Russian doctors administered atropine which can be used to treat the effects of nerve agents but found no evidence of poisoning.

Kremlin foreign ministry spokeswoman Maria Zakharova, has now called on Germany for a full exchange of information, saying the Novichok allegations were not backed up by evidence.

Mrs Navalnaya, Navalny’s wife said she feared Russian doctors had delayed his transfer to Germany as authorities were trying to wait for evidence of any chemical substance to disappear.

Navalny’s condition is continuing to improve but he remains in an intensive care unit on a ventilator.

Prime Minister Boris Johnson on Wednesday also condemned the latest attack as “outrageous”.
“The Russian government must now explain what happened to Mr Navalny – we will work with international partners to ensure justice is done,” he tweeted.

A Novichok nerve agent was used to poison former Russian spy Sergei Skripal and his daughter in the UK in 2018, but they survived. The UK accused Russia’s military intelligence of carrying out that attack.

The name Novichok means “newcomer” in Russian, and applies to a group of advanced nerve agents developed by the Soviet Union in the 1970s and 1980s.

Michelle Obama takes one last walk through the White House.

Xenophobia: South Africa Issues Statement After Their President Was Booed