A Nigerian author living in the United States of America was left traumatized after hateful white supremacists tried to get her family killed by making a call to police to report that gunshots were heard at her home.

Ijeoma Oluo, who is the New York Times Bestselling author of ‘So You Want To Talk About Race’, said she got a phone call from the King County Sheriff’s office to inform her that they got a report of gunshots at her home. They were also told there were two dead bodies in the home. But this report was false.

Read her thread below for her narration of the incident. 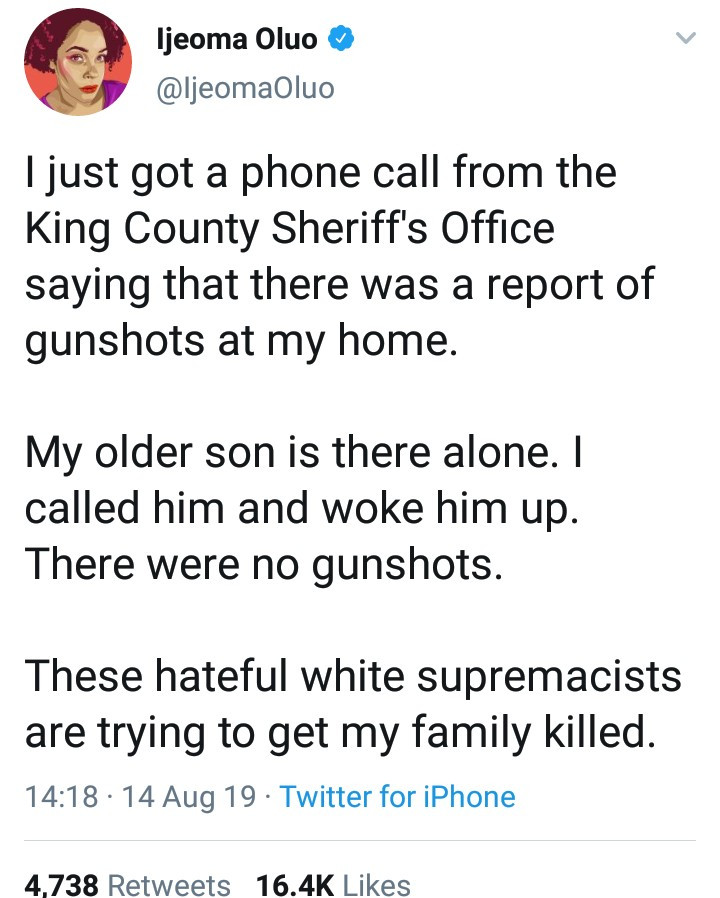 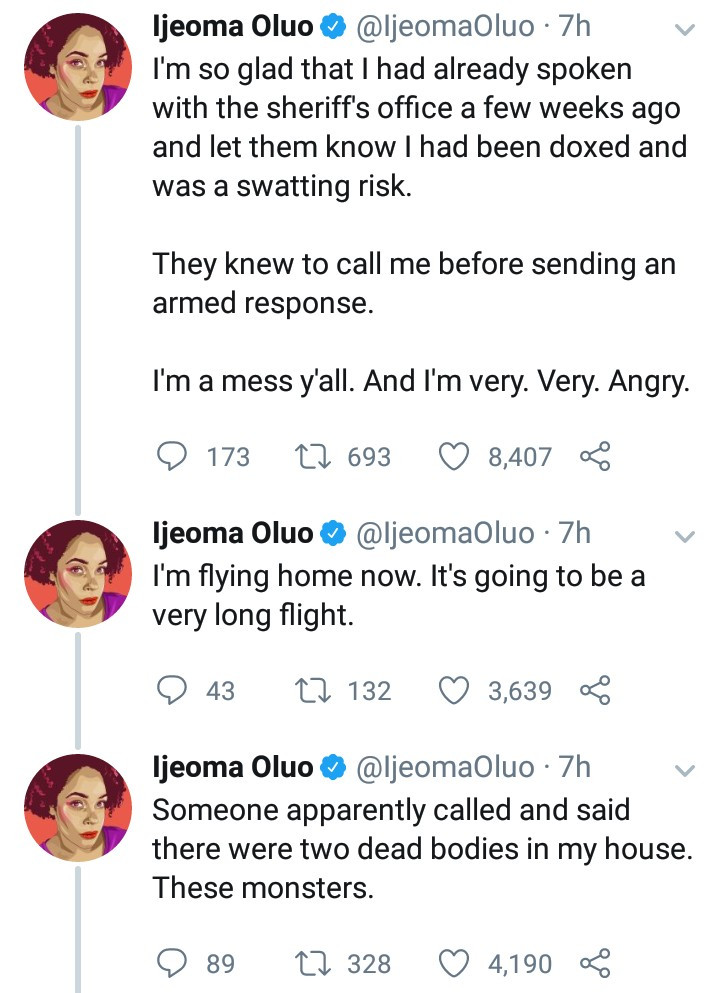 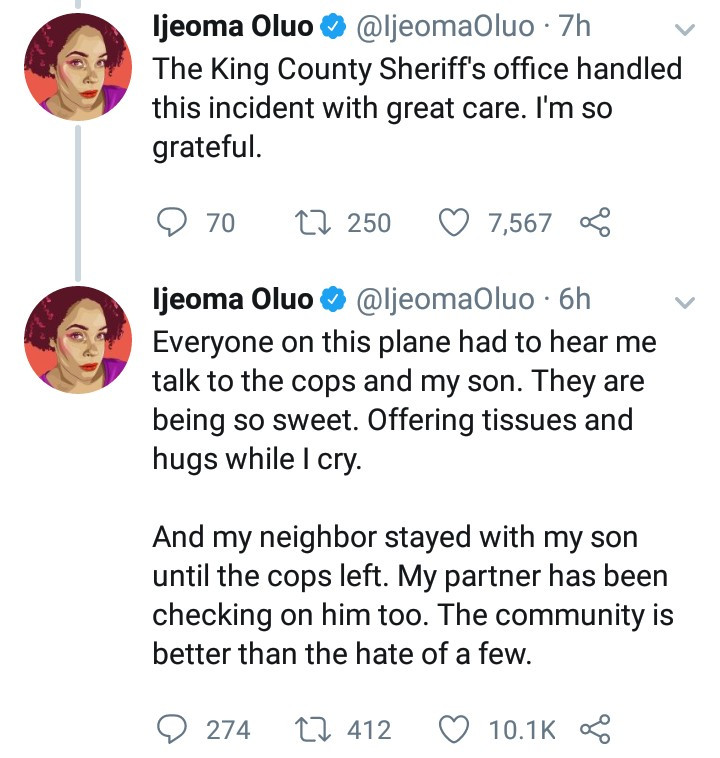 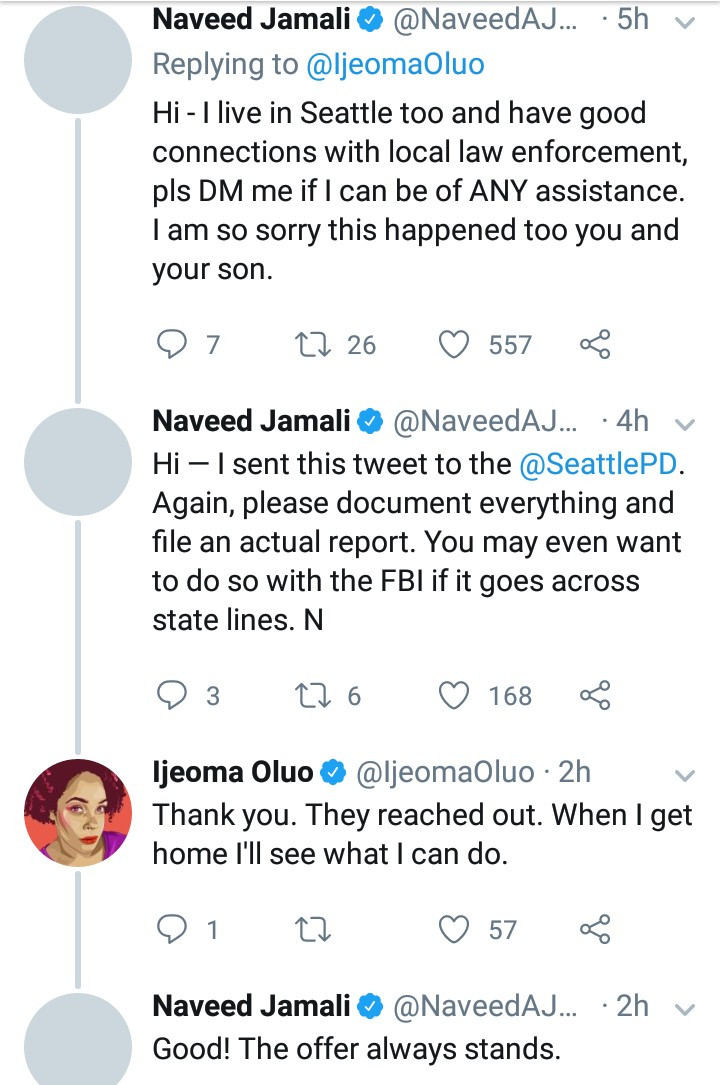 Nigerian man stabs his fellow Nigerian to death over money in...