Two French doctors identified as Jean Paul Mira and Camille Locht, have ignited an outrage after being seen on a live Television advocating for the potential new treatment for Coronavirus to be tested in Africa.

The French Doctors who insisted that Africa is the best place to conduct such test for Coronavirus drugs, recalled how an experimental treatment for AIDS was carried out in Africa.

“If I can be provocative, shouldn’t we do this study in Africa, where there are no masks, no treatment, no resuscitation, a bit like it has been done in some studies in AIDS, where among prostitutes, we try things, because they are exposed, and they don’t protect themselves, what do you think?”

Locht, a research director at Inserm also backed him and further added;

“So you are right […] we’re thinking in parallel to a study in Africa precisely to make this same type of approach w/ BCG [vaccine] placebo, I think there is a call for tenders that was released or that will be released & I think we will indeed seriously think about that too.”

Two French doctors ignite outrage after saying potential new treatment against #Coronavirus should be first tested in Africa, "where there are no masks, no treatment, no reanimation. The same way experimental treatment for AIDS was done on prostitutes".

The French Doctors were however called out by Rim-Sarah Alouane, a Ph.D student and French researcher who described their statement as “horrific.”

This is horrific. Two French doctors on live television are discussing how a potential new treatment against #covid19 should be first tested in Africa, “where are no masks, no treatment, no reanimation”, “the same way experimental treatment for AIDS was done on prostitutes”

It’s 2020 in France &we still see people from Africa as subjects for experimentation.This is what normalized racism looks like.AFAIK,nobody jumped in to counter the arguments, both doctors agreed. Same, the way sex-workers are considered: like objects that can be used for tests. 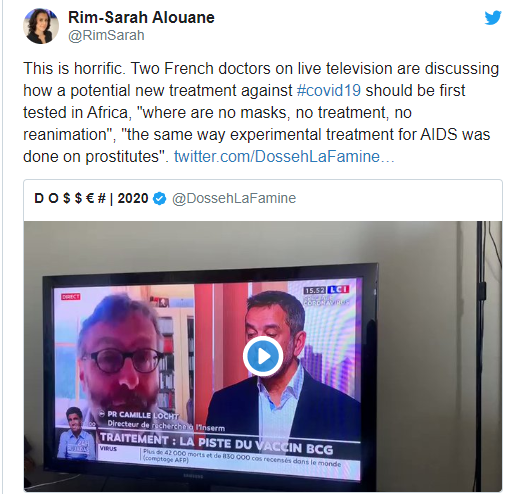 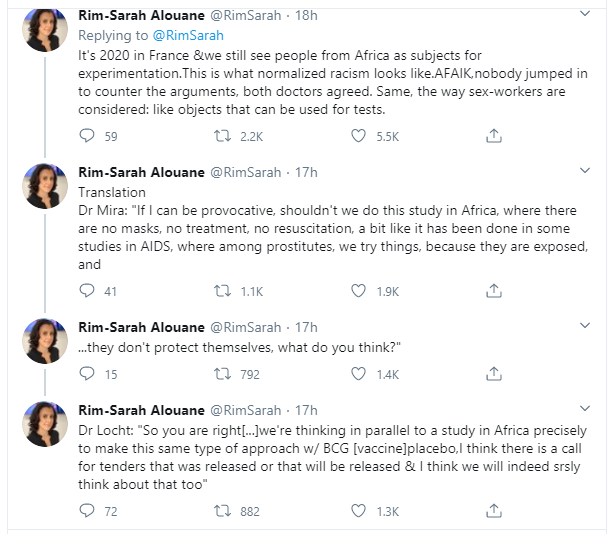 The Director-General of the Federal Competition and Consumer Protection Commission (FCCPC), Babatunde Irukera also slammed the Doctors. He stated that Nigerians will be looking out for them as he sarcastically asked them to “consult Pfizer for their experience with their TROVAN trial”. 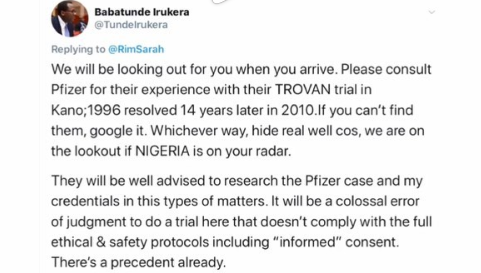 $5M Worth Of Gold Seized At London’s Heathrow Airport