The Judiciary Committee of the House of Representatives has invited Donald Trump or his lawyers to “participate” in a hearing on December 4, which will mark the opening of a new phase of the impeachment investigation against him.

“I am writing to you to know if you, or your lawyers, intend to attend the hearing or wish to interview the witnesses,” Democratic Party leader Jerry Nadler asked in a letter to the US president.

“If you plan to participate in the hearing, thank you to let us know as soon as possible, and before the 1 st December,” continued the elected president, who chairs the commission charged with drafting the possible articles impeaching the president.

Mr. Nadler assured that he wanted to conduct a “fair and informative” procedure and emphasized that the participation of the President and his lawyers did not result from a “right” but from a “privilege” or “courtesy” granted to Mr. Trump. 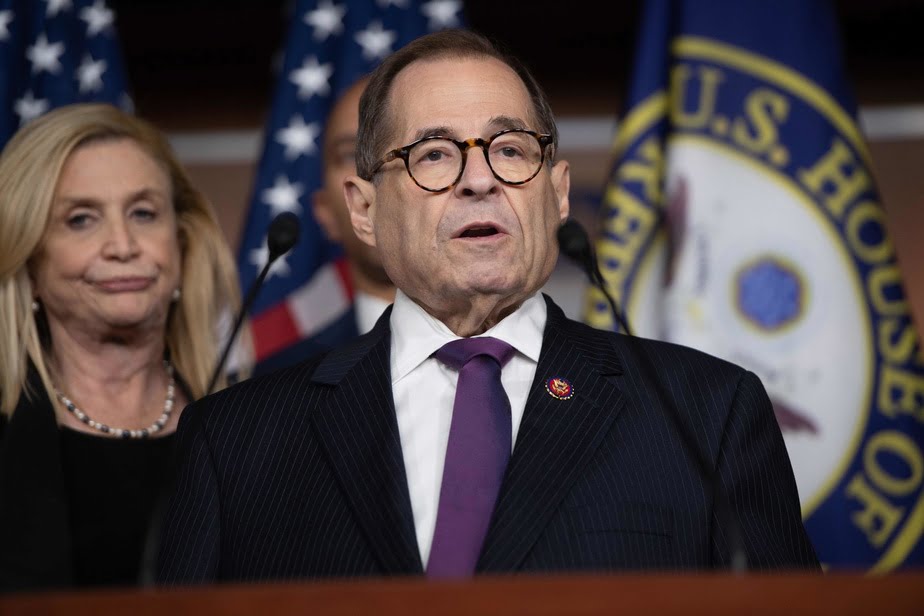 Donald Trump, who denounced a “joke” or a “hoax”, had assured a week ago on Twitter “seriously consider” to testify in Congress, perhaps in writing.

The Democrats blame Donald Trump for asking Ukraine to investigate Joe Biden, one of his potential opponents in the 2020 presidential election.

They accuse him of abusing his power for personal gain, including freezing military aid to pressure Kiev.

Over the past two months, the Intelligence Committee has conducted the investigation and heard about fifteen witnesses, including public hearings, without the White House having a say.

This investigation phase is complete and the Intelligence Committee should soon report to the Judiciary Committee.

After discussing the constitutional framework, the latter will draft articles specifying any charges against the President, which will be put to a vote in plenary.

Given the Democratic majority in the House, Donald Trump should well be indicted ( impeached ), which happened to two other presidents before him.

He will then be judged by the Senate, where the Republican majority remains in solidarity, which should save him from being dismissed.

The latest in-camera transcripts were released on Tuesday, including the testimony of Mark Sandy, a White House budget official, who said a lawyer from his department had resigned in part because of concerns about the suspension of military aid to Ukraine.