Nigeria’s most expensive footballer of all time, Victor Osimhen on Thursday night, October 29, received the first red card of his football career in Napoli’s 1-0 win over Real Sociedad in the Europa League.

The Nigerian striker who joined the Serie A Club from Lille this summer was shown the way out by referee Craig Pawson in the third minute of added time after receiving two yellow cards. 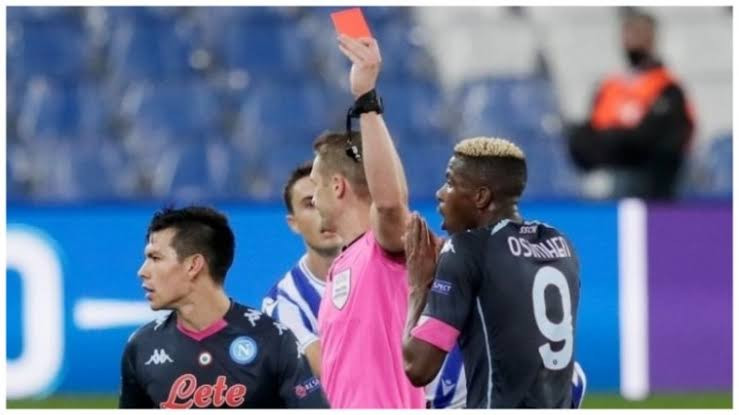 Osimhen who replaced Italian forward Andrea Petagna in the second half, received his first yellow card in the 81st minute before he was given a red card 12 minutes later after elbowing Robin Le Normand while trying to control David Ospina’s goal kick.

Osimhen, 21, is expected to miss Napoli’s trip to Stadion Kantrida to play HNK Rijeka on November 5.

TEAM NIGERIA DEPARTS FOR GOLD COAST FOR THE COMMONWEALTH GAMES