Former Boxing heavyweight champion of the world, Anthony Joshua on Sunday landed at Riyadh, Saudi Arabia ahead of his must win rematch against Andy Ruiz Jr on December 7. 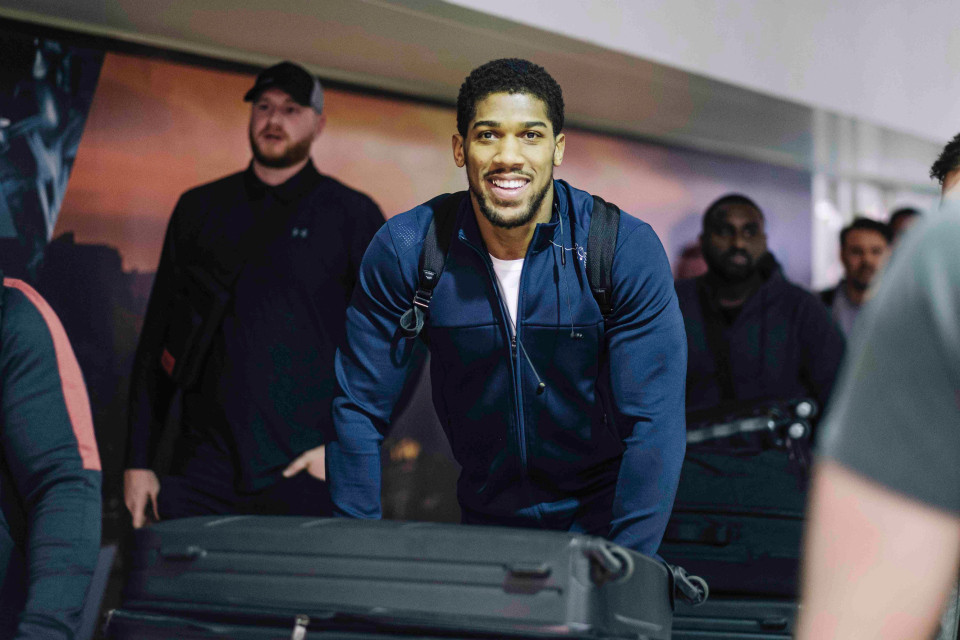 Joshua who shockingly lost to Ruiz in June, decided to land in Riyadh two weeks early with his entourage and was quickly taken on Monday to the stadium and gym specially built for the fight by the Saudi Arabian government.

In photos posted by his agent/promoter, Eddie Hearn, a ring could be seen positioned in the centre of the gym space, with a corner filled with punch bags that the former champion was quick to test out. 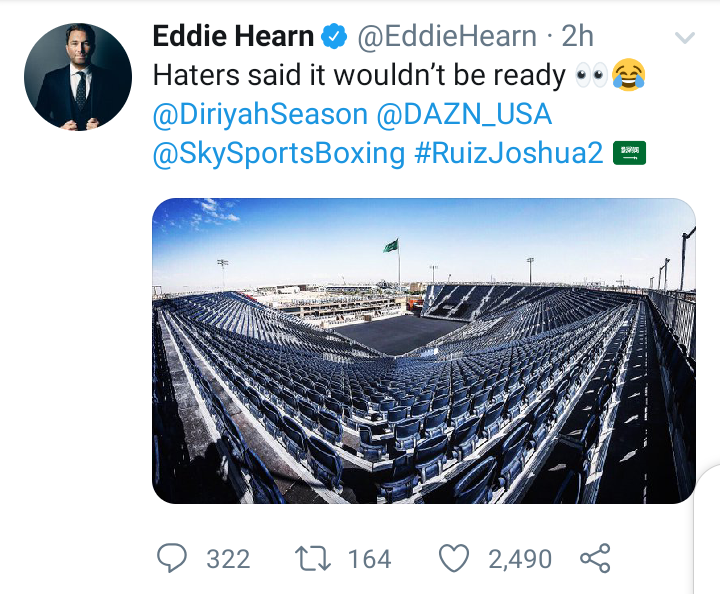 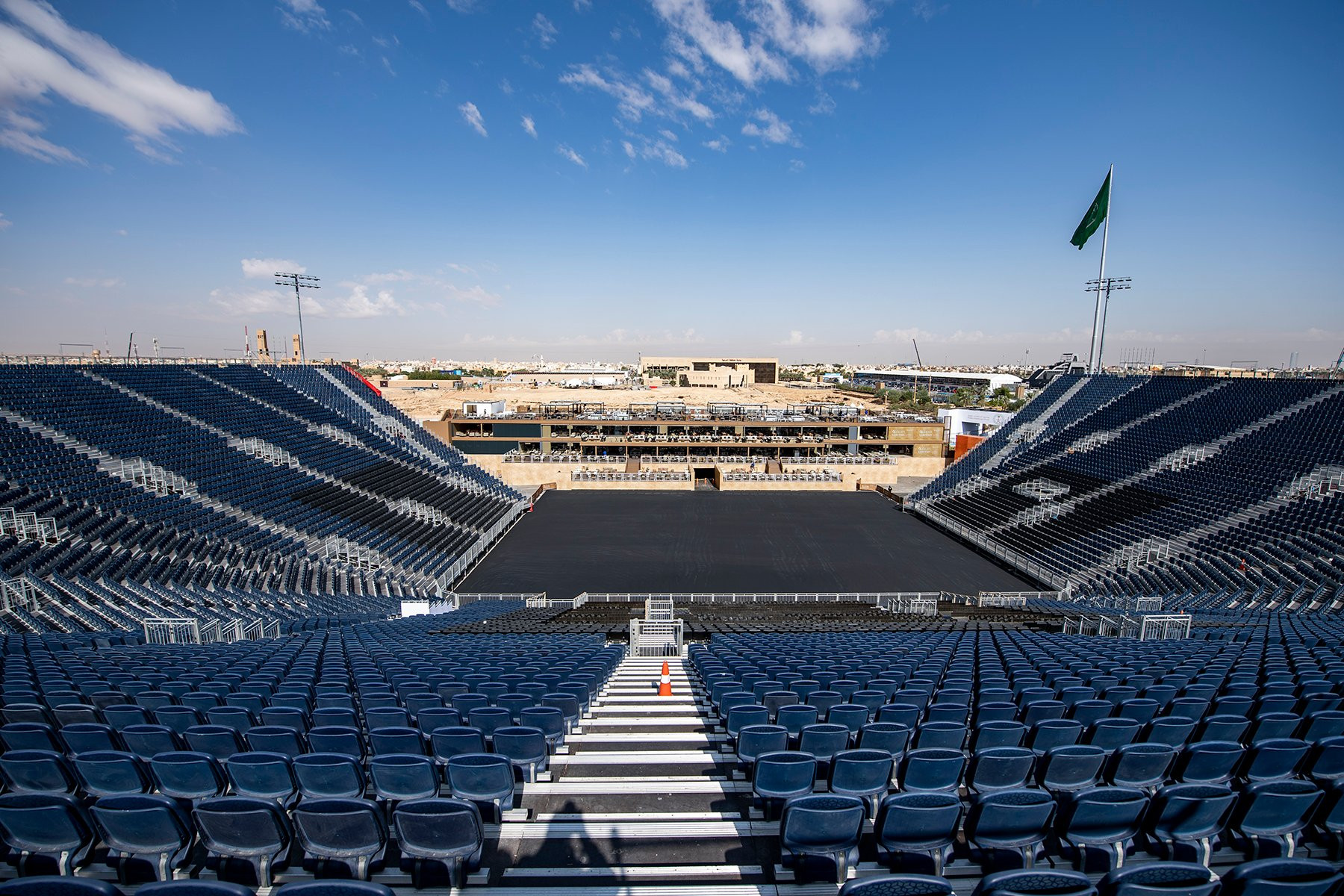 Joshua later went to Diriyah, the nearby heritage site which will actually host the bout, and had a look at the purpose-built arena in construction.

Eddie Hearn tweeted: “AJ touches down in Saudi! @diriyahseason @skysportsboxing @dazn_usa”, alongside a video of Joshua overlooking the stadium. 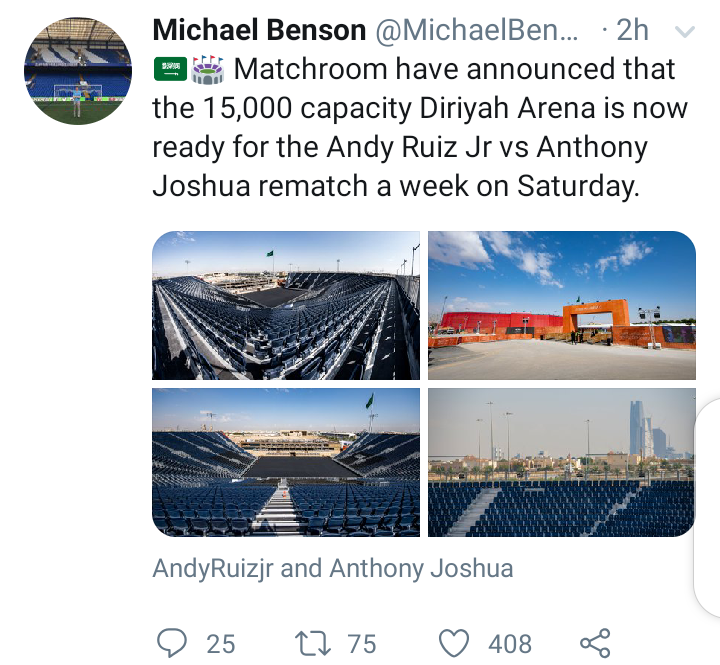 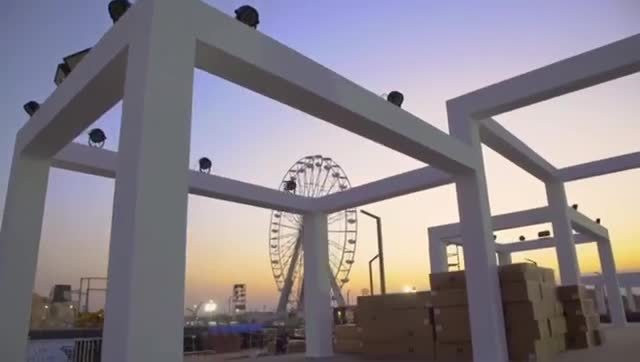 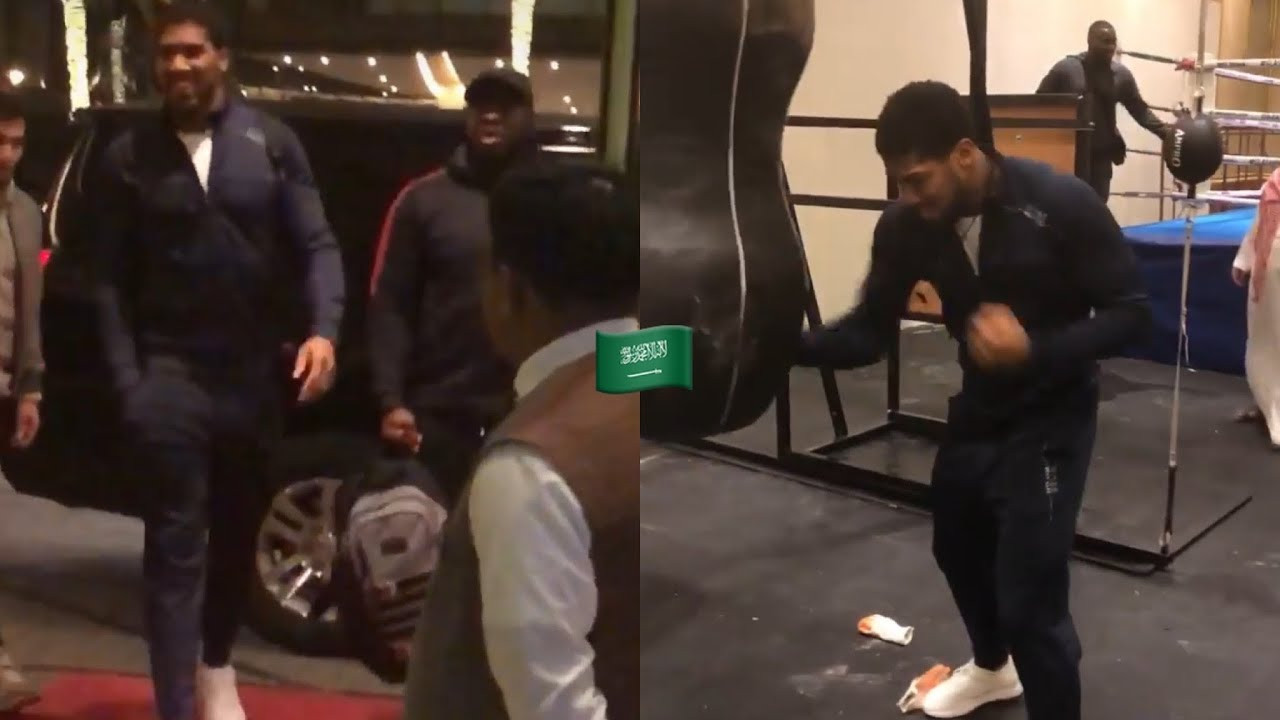