Ruben Loftus-Cheek scored one and created another as Chelsea beat Brighton 3-0 at Stamford Bridge to boost their hopes of securing a top-four spot this season.

Olivier Giroud opened the scoring for the Blues in the 38th minute after latching onto a lovely pass by Callum Hudson-Odoi, who was making his first Premier League start for Chelsea this term.

Loftus-Cheek – who scored the winner against Cardiff on Sunday – set up Eden Hazard, who curled in a superb effort in the 60th minute before the Belgian returned the favour just three minutes later as the in-form midfielder curled in his own impressive effort to round off the win. 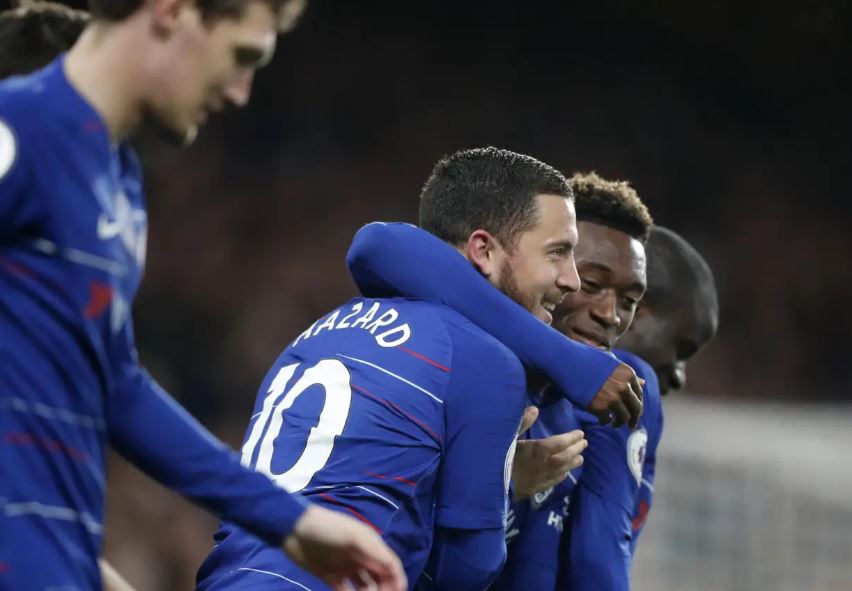 Victory takes Chelsea into fifth place – level on points with Arsenal – and just a point behind third-placed Tottenham who opened their new stadium with a 2-0 win over Crystal Palace.

Brighton, meanwhile, remain five points off the drop zone although they have a game in hand over fellow relegation-battlers Newcastle and Burnley.

Chelsea’s need for a win over Brighton was great. It wasn’t just about taking advantage of Manchester United slipping up to Wolves a day earlier or about keeping up the pace with Tottenham and in-form Arsenal side, but it was also about showing that the 2-1 comeback win against Cardiff on Sunday wasn’t down to just luck.

A number of refeering decisons went Chelsea’s way at the Cardiff City Stadium to play its part in the Blues coming from behind to secure an all-important victory courtesy of Ruben Loftus-Cheek – although the end result wasn’t enough to stop the travelling fans from expressing their frustration with Sarri. 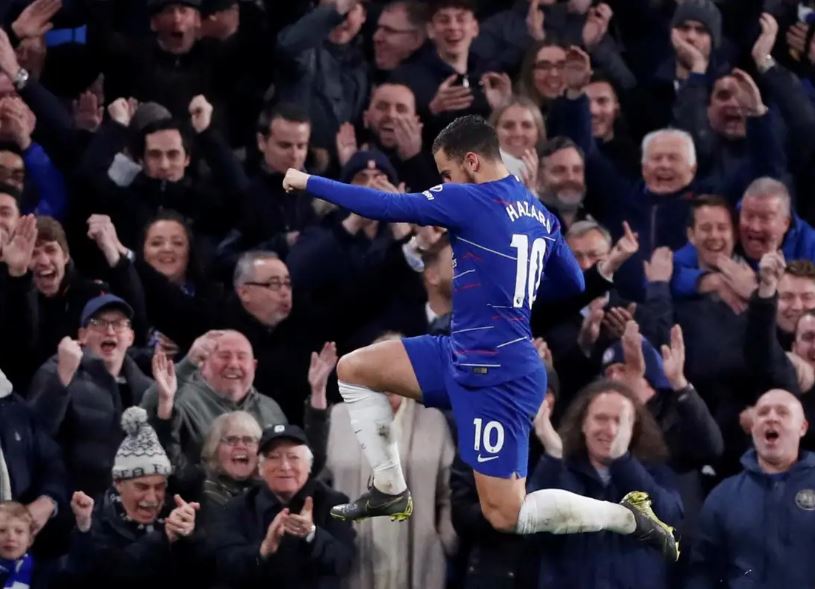 The Chelsea supporters could also be heard chanting for Hudson-Odoi who, last week had been handed his full international debut for England by Gareth Southgate.

And after months of fielding questions about why he hadn’t started Hudson-Odoi in the top-flight this term, Sarri caved in and named the Chelsea academy graduate in his line-up to face Brighton.

The decision paid off – with Hudson-Odoi successfully surging past his marker in the 38th minute and sending in the cross that Giroud neatly finished off at the near post.

It wasn’t Hudson-Odoi’s only mark on the game, with the winger seeing a powerful early effort cleared out for a corner kick before his header after the break was claimed by Mathew Ryan.

There was also a chance for Eden Hazard, back in the starting line-up after being left on the bench against Cardiff, but he drove his shot well over the bar despite having the sapce and time to take it.

Yet, it wasn’t long before the Belgian had his say on the match – with Hazard receiving Loftus-Cheek’s pass on the hour mark and twisting and turning his way into space before curling the ball past Ryan.

It was a lovely individual moment of brilliance by Hazard and, just three minuts later, he re-paid Loftus-Cheek for his assist by turning creator to allow the Chelsea academy graduate to superbly side-foot the ball into the net for Chelsea’s third of the night.

The goal allowed the Chelsea fans to breathe on a night that N’Golo Kante celebrated playing his 100th Premier League game for the Blues as victory ensured that Sarri’s side still have every chance of securing a Champions League spot for next season.