Obviously not satisfied by the silence of all presid-ential candidates on plans to free Leah Sharibu and several other female capt-ives including the remain-ing Chibok girls who were abducted on April 14, 2014, Adeboye declared a spiritual war on kidnap pers.

Leah Sharibu was 15 years old when the terrorist gang stormed her school and carted away 110 teen female students. 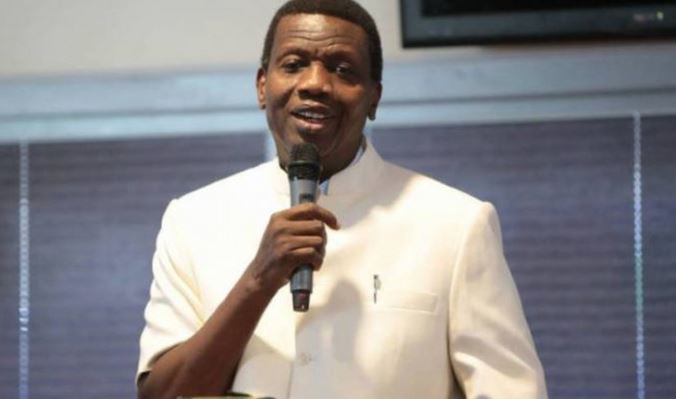 One month after, 104 of the girls were released while Leah was left behind be-cause she refused to re-nounce her Christian faith.

Five of the girls were said to have died on their way to the forest. On the 34th day of RCCG’s ongoing 49-day fasting and prayer programme, the holiness preacher led millions of church mem-bers across the globe to pray against wickedness in Nigeria.

He urged participants in the spiritual exercise all over the world, to thank God for a new day and for the salvation of their souls.

“Let us come against the activities of kidnappers, ritualists and cultists in Jesus’ name. Father expo-se them and all their coll-aborators in all their hide-outs in our nation.

“Lord set confusion in the camps of ritualists, kid-nappers and cultists as it was in the days of King Jehoshaphat, set enmity among kidnappers, cult-ists and ritualists for their extinct in our nation. (II Chronicles 20:22-23)

(Matthew 18:18) “We decree and declare that our nation shall be totally free from kidnapp-ing, rituals and cultism in Jesus’ name.

Father help the Police to be more emp-owered in policing our territories, such that crim-inal acts will fade away in the land.

“Father give us a respon-sible government, let the-re be employment for our youth,” he concluded.

In a related development, a human rights activist, Ikeazor Akaraiwe has wri-tten an open letter to President Muhammadu Buhari pleading with him not to allow the lone Christian captive to furth-er remain in captivity.

According to him, it will be one year next week since the 15-year old girl was kidnapped by the Islamic terrorist group, with 109 other school girls and while other girls who are Muslims were released after negotiations with the Federal Government agents, up till now, Leah is yet to be released by her abductors because she refused to renounce her Christian faith.

The letter titled: “Leah (Liya) Sharibu” dated Feb-ruary 6, 2019 and made available to Sunday Vang-uard reads in part: “I am forced by conscience to bring to your attention many forgotten girl citi-zens abducted by terror-ists, one of them in parti-cular, Miss Leah (Liya) Sharibu.

“Many were abducted be-fore her, with her and after her, but what makes her case pathetic is that all her schoolmates abducted together with her were released one month after the abduction, except for her,” he said.

Mr. President, give a 100 men in exchange for her life if need be but do not allow her remain in capti-vity. And if she is dead, do let us know, so we may mourn her.”

Wife Of Pastor Joshua Iginla Accused Of Cheating On Her Husband...

‘There Are So Many People Using God’s Name To Do Evil’...