The Presidency has dismissed media reports that the convoy of Vice President Yemi Osinbajo was attacked on Thursday in Ilorin, capital of Kwara.

Senior Special Assistant to the President on Media & Publicity, Office of the Vice President, ‘Laolu Akande described the media and social media as false.

He also explained that VP Osinbajo did not make his scheduled trip to Abia because of time constraints. “Let me clarify two issues,” Mr. Akande tweeted on Friday.

“VP Osinbajo’s convoy was not attacked yesterday in Ilorin, Kwara. The reported gunshots were after the VP left the venue.

“Secondly, due only to time constraints yesterday, VP couldn’t go to Abia from Kwara as earlier billed. He will surely make the Abia State trip soonest,” he added.

Prof Osinbajo was in Kwara State on Thursday in continuation of the Next Level engagements after the Independent National Electoral Commission had lifted a one week ban on campaigns across the country. 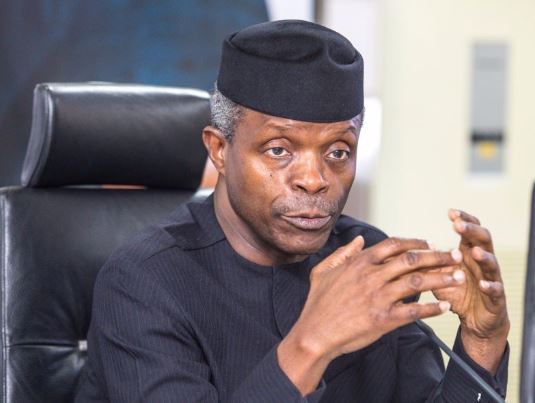 This is the second time in two days that the Vice President had had to dismiss fake news peddled against him.

On Wednesday night, speaking at a meeting with young Christian leaders in Lagos, Prof. Osinbajo debunked the fake news of his purported resignation being circulated on some social media platforms.

The VP emphasized that he has not resigned his position in the Buhari administration, and described the false information as “deliberate propaganda.”

He said, “Today (Wednesday), they’ve been spreading some information around that I’ve resigned. They said I didn’t attend a security meeting yesterday. I was too busy in my office.

“The same security people were meeting with me that same evening. Must I attend every meeting? Can’t the President hold a meeting with the security chiefs without me? They said I was so angry that they didn’t bring me to that meeting, that I was excluded, then I resigned! I have not resigned.”

You Don’t Need Money To Win Elections – Lawmaker To Young...

OKOWA FORWARDS NAMES OF 6 NOMINEES TO HOUSE OF ASSEMBLY FOR...