Young Man Allegdedly Killed In Akure After A Bullion Van Hit Him Then Refused To Stop - nigeria gossip, nigeria news

A young man has allegedly died after being hit by a bullion van in Akure, Ondo state.

According to Twitter user @YemieFash, the bullion van sped off after knocking down the man.

He was eventually taken to the hospital but didn’t make it.

@YemieFash wrote: “A bullion van just knocked down a young male, Kunle Alonge at the fanibi area, Ondo road in Akure, Ondo State about an hour ago. The boy is dead now and the billion van did now stop. When are we going to start talking about the recklessness of these bullion van drivers?” 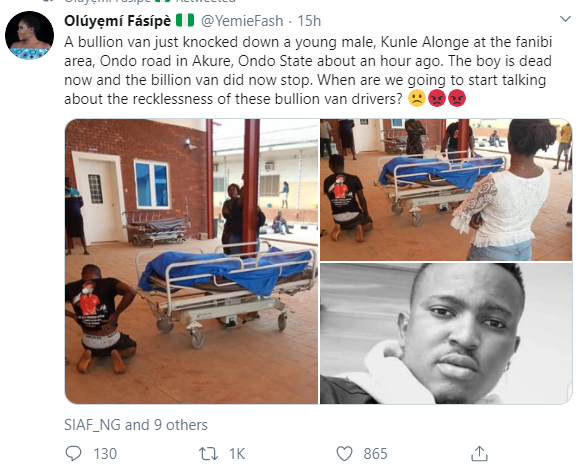 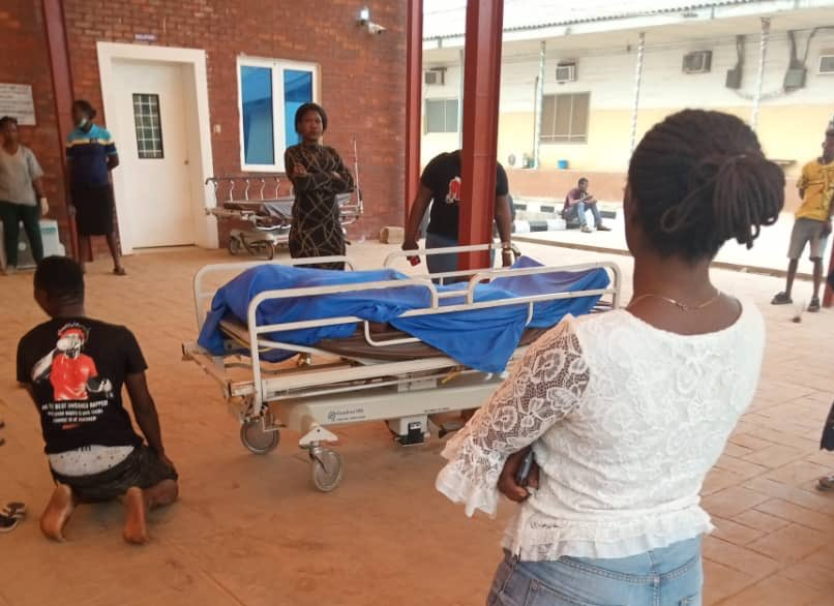 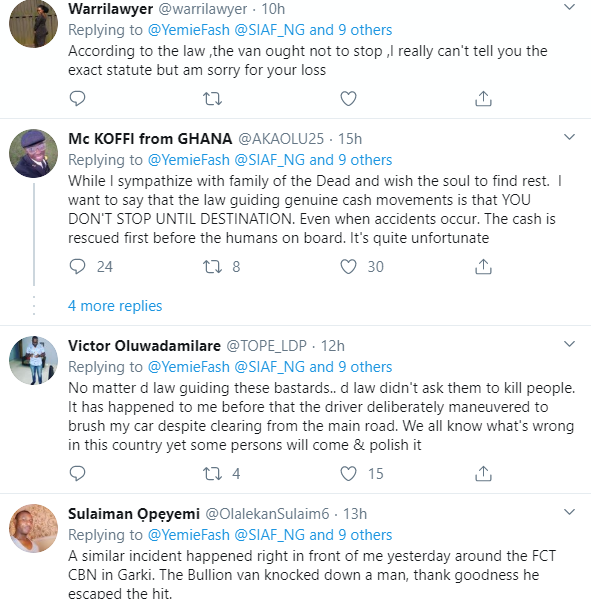 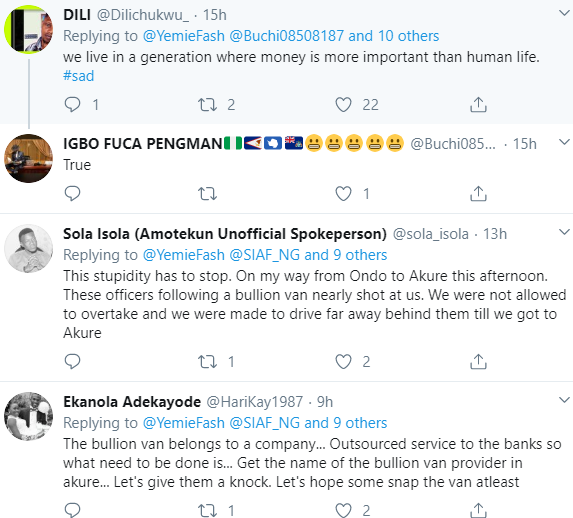 I’ll Disagree With Buhari, But Resolve Differences For Nigeria’s Sake ―...