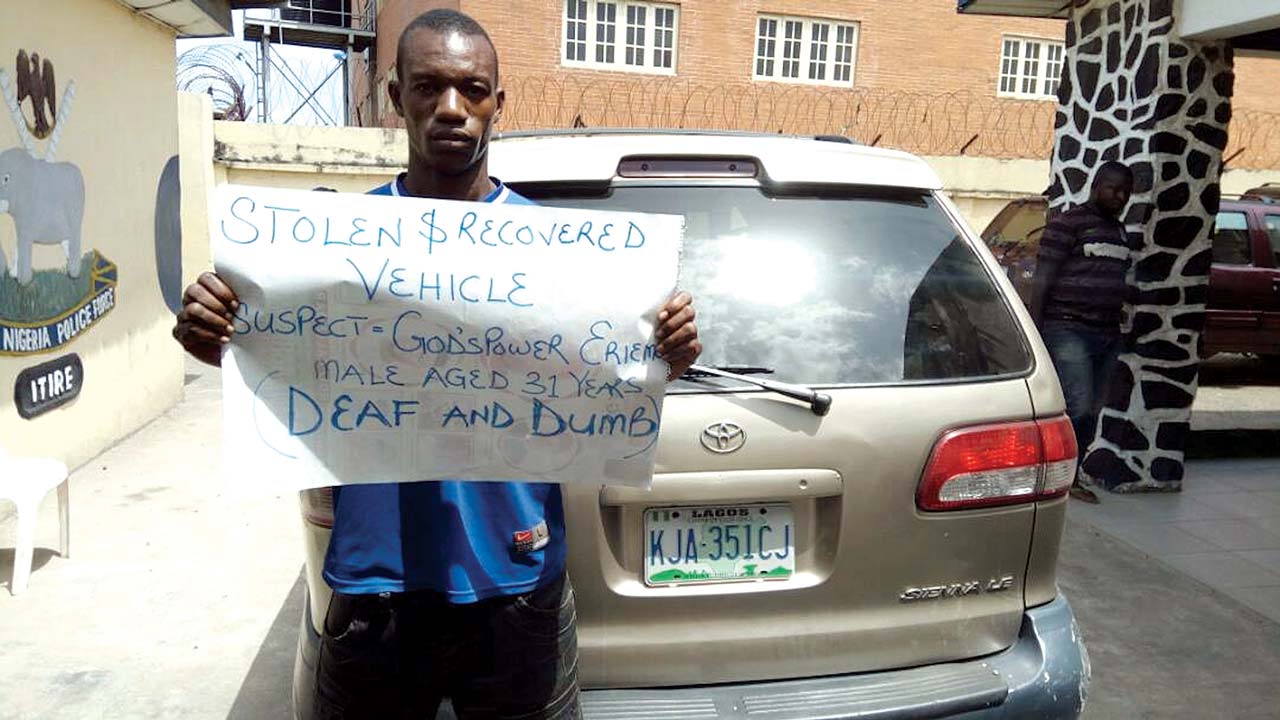 The Lagos State Police Command has arrested a deaf and dumb, who operates a car wash bay, for allegedly stealing a Toyota Sienna car belonging to one of his customers.The suspect, Godspower Eriemo, aged 31, was allegedly given the car to wash by its owner, one Mrs. Blessing Bassey. To the chagrin of Bassey, Godspower had duplicated the key of the car and fled with it.

The Guardian gathered that detectives in Area ‘D’ police command, led by Olasoji Akinbayo, an Assistant Commissioner of Police (ACP), swung into action and traced the car to Ikorodu, where it was recovered.

Officers who went on the operation also arrested Godspower. According to a police source, “on April 4, one Mrs. Blessing Bassey of No. 55, Oduselu Street, Odo Eran, Itire, gave her brown Toyota Sienna car with registration number KJA 351CJ to one Godspower Eriemo, a deaf and dumb, of No. 17, Oluwashina Street, Odo Eran, Itire, for washing. The said Godspower duplicated the car keys and made away with it to his Ikorodu residence.”The suspect, according to the source, would soon be charged to court.

Oyo Pensioners Call For State Of Emergency Over N62.5b Arrears