LADY SMASHES HER HUSBAND'S CAR AS MAN BEATS WIFE TO THE EXTENT THAT BLOOD CAME OUT FROM HER EYES (PHOTOS) - nigeria gossip, nigeria news

In yet another case of domestic violence, a man who beat his wife so hard that blood came out of her eyes, will probably regret his action after his wife used a stick to smash the windscreen of his car.

Below is how Nigerian lawyer and former legal consultant at African Development Bank, Emeka Ugwuonye, who shared the photos on ‘The Due Process Advocates (DPA)’, reported the story on Facebook;

To All Advocates: Let me commend to you an outstanding Advocate – Advocate of the week. His name is Adebanjo Kokumo. Last night, when I requested Advocates in Ijebuode area to volunteer to assist a woman in a hospital, Advocate Adebanjo volunteered. 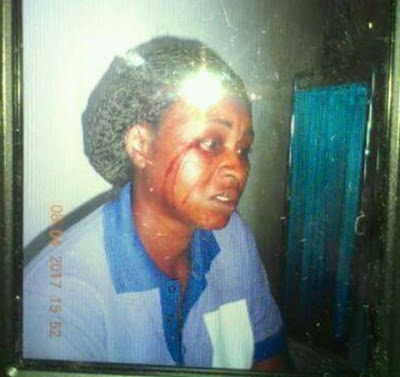 As early as 5am this morning, Adebanjo was at the hospital. He was on duty and the duty was being a good Advocate for someone in pain and in need of justice. With the help of Adebanjo, Stephanie Peters has been discharged.

As coordinated with me, the matter has been taken to the police. We now have more information about the incident of last night. Apparently, there was an argument. The man wanted to assert his authority. He beat his wife so hard that blood came out of her eyes.

The woman was so upset, she ran downstairs and used a stick to smash the windscreen of the man’s car. The pictures confirm this. The woman admitted to me that she wondered if she should stab him with a knife in self defence. 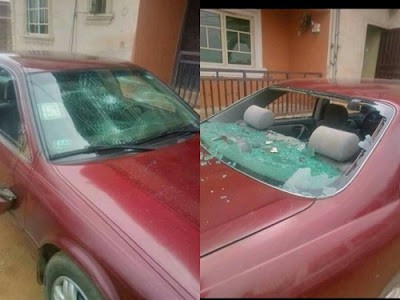 The fight against domestic violence is also in the interest of the man. We have reported this matter to the police. I will not insist that the man be arrested because of the peculiar facts of this case.

We are urging the police to investigate the case and get both parties to commit to the maintenance of peace. Again, I commend Advocate Adebanjo for being a great representative of this group.