Gunmen have abducted the chairman of Kogi State Miners Association, Yunusa Oruma, from his residence at Ankpa LGA of the state.

A brother of the victim, Prince Oruma told Daily Trust on Wednesday that his brother was relaxing in his house when gunmen numbering eight invaded the place at about 8pm on Sunday and began shooting sporadically.

He said the gunmen in the process seized his brother and drove away with him, adding that no information had been heard since the incident.

He said the incident has been reported to the police and other security agencies in Ankpa, appealing for concerted efforts to secure release of the victim. 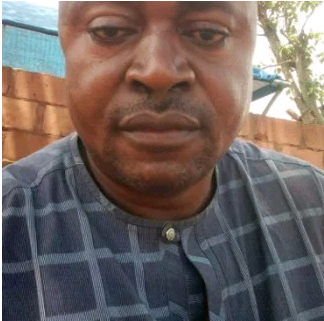 Spokesperson for the Kogi Command, William Aya, who confirmed the incident, said that efforts were ongoing by its men to rescue the victim.

95% Of U.S. Senate Republicans vote That Convicting An Ex-president Is Unconstitutional

World Angelica Botu - January 27, 2021
0
It looks like former US president won't be convicted by the US Senate after the Senate tabled an effort by Sen. Rand Paul Tuesday...

World Angelica Botu - January 25, 2021
0
Former Ghanaian President Jerry Rawlings will be buried in Accra on Wednesday, security is being tightened for protection of loved ones and funeral attendees. Rawlings,...

World Angelica Botu - January 25, 2021
0
Mexico's President, Andres Manuel Lopez Obrador has tested positive for Coronavirus.   The South American country's President who has been criticized for his handling of his country’s...

Woman Who Hawks Okpa Dies in a Ghastly Car Crash 5...

Meet The Widow Who Is Taking Care Of 102 Children In...

FG To Evacuate 200 Nigerians From Canada on Thursday May 14