Senator Dino Melaye was on Tuesday docked before an FCT High Court, Apo area of Abuja on a six-count charge, bordering on attempted suicide and attempt to escape from custody.

The senator, however, denied committing the offences preferred against him.

Justice Sylvanus Oriji said that he was aware that the court had granted bail to the defendant when he was arraigned before him on July 25, 2018 on the same charges.

Oriji said that the earlier bail conditions, which included the sum of N5 million and two sureties in like sum, were still valid and should be sustained in the current charges.

In the earlier bail condition, Melaye was to produce two sureties who must be directors in the civil service, reside in the FCT, and depose to affidavits of means. 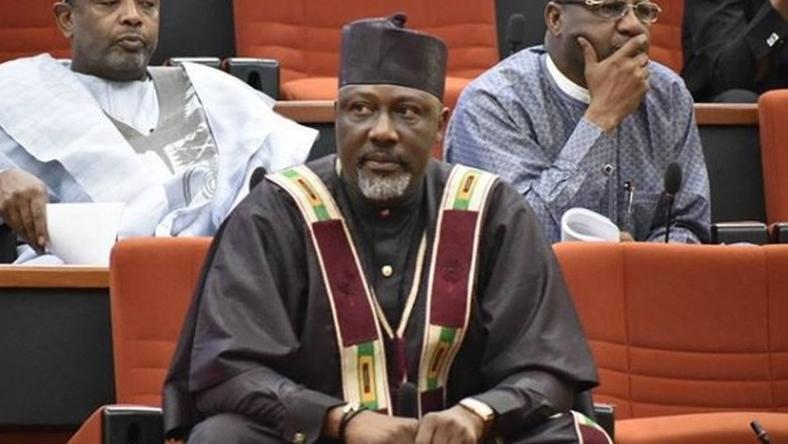 The prosecuting counsel, Dr Alex Izinyon (SAN), told the court that the defendant committed the alleged offences on April 24.

He said the defendant, while being conveyed in a police vehicle to Lokoja, allegedly forced his way out of the vehicle and attempted to escape.

Izinyon said that the defendant held a substance in his hand and threatened to drink it to kill himself so that he would put the police officers in trouble.

The prosecutor also said that the defendant broke the glass of the vehicle with his elbow and caused damage to police property.

The counsel to the defendant, Chief Mike Ozekhome (SAN) was, however, not in court.

The judge adjourned the case until April 5 for hearing.

World Angelica Botu - August 13, 2020
0
Walter Carrington, a former United States Ambassador to Nigeria, is dead, SaharaReporters reports. This was confirmed in a statement signed by his wife, Arese Carrington,...

World Angelica Botu - August 13, 2020
0
Prince Harry and Meghan Markle have purchased and moved into a new family home in Santa Barbara, an affluent seaside city outside Los Angeles. The...

World Angelica Botu - August 13, 2020
0
Former President Olusegun Obasanjo has advised African youths to come together and use their electoral power to kick out the older generation from all...

Man Who Killed His Friend And Used His Heart For Money...