Former Nollywood actress Steph-Nora Okere was elated after she took a photo with actress Omotola Jalade-Ekeinde.

Steph-Nora revealed that she ran into her former colleague who she had not seen in almost two decades, at an event this week.

Sharing a photo of herself with her Omotola, she wrote;

“Ran into this sister #omosexy at an event this week and it was like deja Vu to when Nollywood was all about brotherly and sisterly love. Haven’t seen her in almost two decades but we flowed like it was just yesterday.
#stillkeepingitreal
#Godistrulyinvolved
#homegirl4life
#unputdownablestefi” 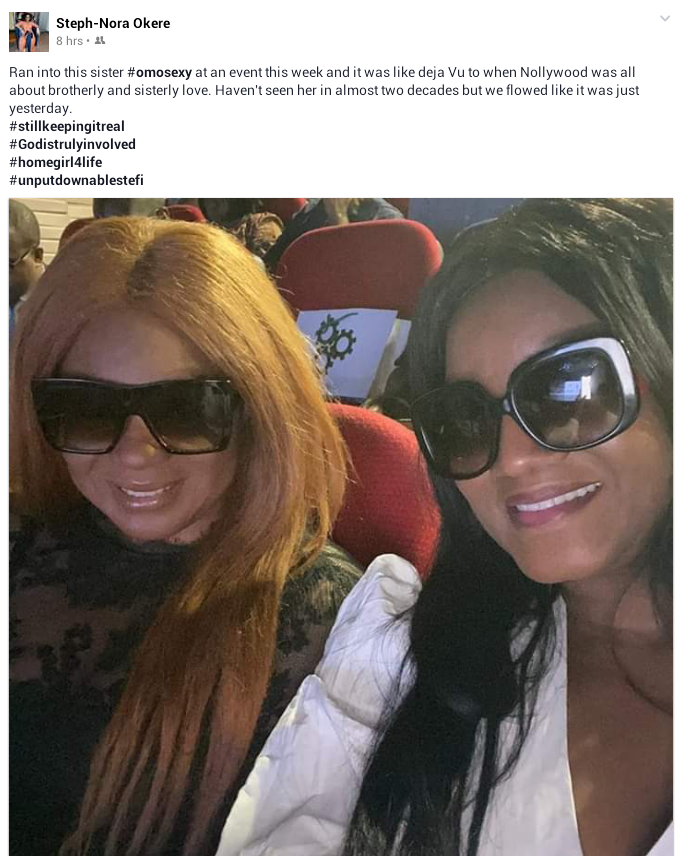