Win money on DrumbeatNews !!!
The much anticipated Big Brother Naija season 5, launches July 19, the organisers have revealed.
This was announced on the official twitter handle of the reality TV show.
Earlier in May, the management of the reality show, announced the opening for video submissions for the upcoming season 5 of the show. 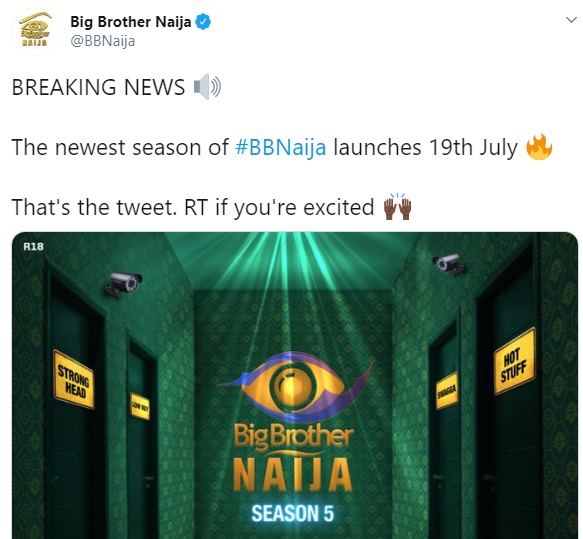