Nollywood actor, Zubby Michael has taken a swipe at organizers of the Africa Magic Viewers’ Choice Awards over an alleged snub of “pillars of Nollywood”.

The actor who maintained that most organizers of the award are Yorubas, described it as a “joke and highly political”. Zubby also wondered why the original owner of “Living in Bondage” was snubbed while its remake got 8 awards. 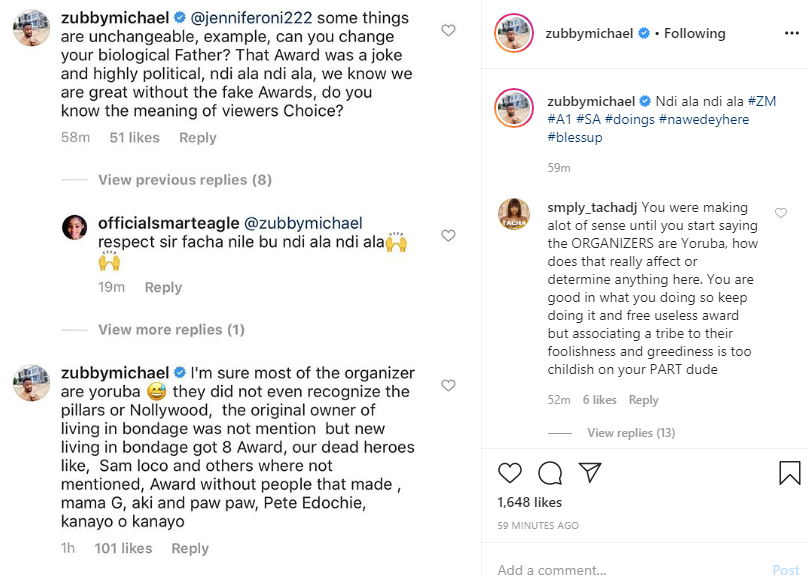 Surviving R.Kelly: My dad Is A Monster – R.Kelly’s Daughter Says