Woman Calls Man Out For Sending Her Only 10K To Stock Up During Coronavirus Lockdown - nigeria gossip, nigeria news

A woman is trending on Facebook at the moment after she called out a man for sending her only 10,000 to stock up.

Facebook user, ID Okorie took to the platform to share screenshots of his chat with a Facebook friend who he sent 10,000 to stock up before the lockdown begins.

The chat shows the woman insulting him for sending her only 10K. She asked what 10K will buy then called him out for dropping the call on her when they spoke to discuss the money sent.

The chats exposed by ID Okorie led other men to also release chats to show that they’ve had the same experience with the same woman. 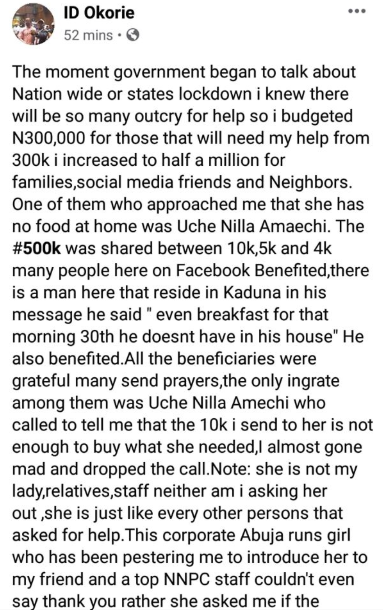 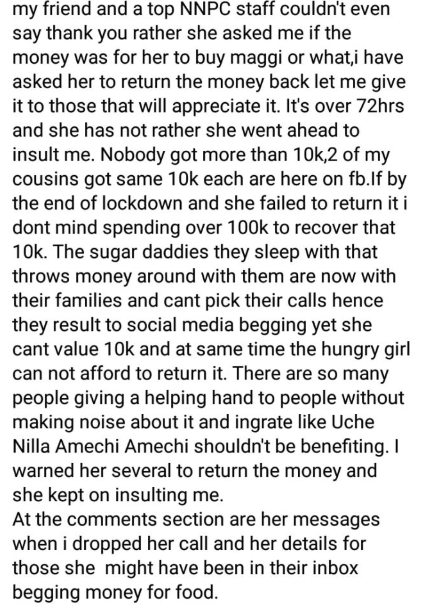 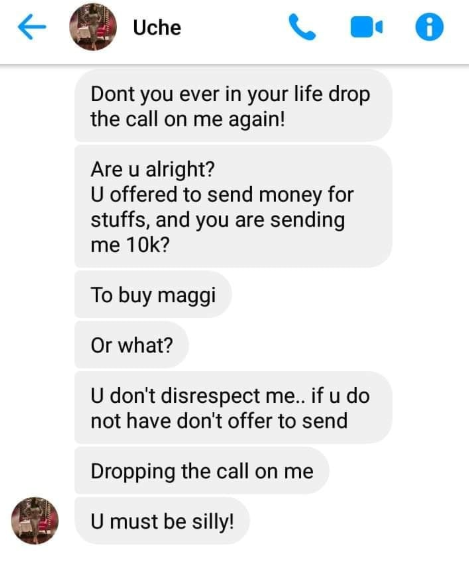 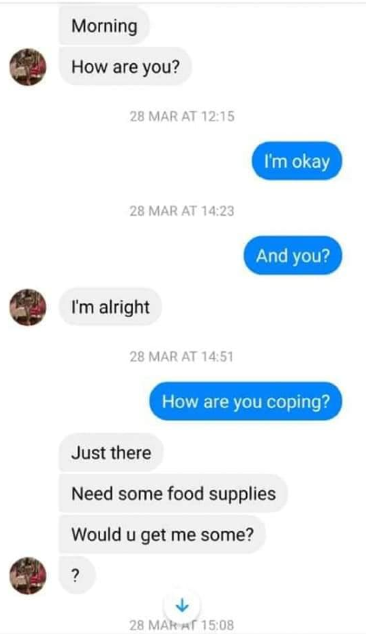 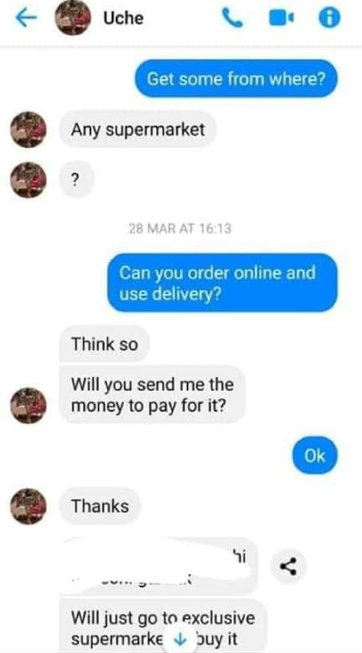 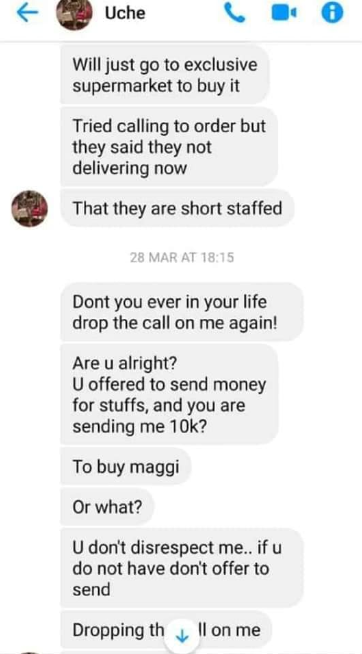 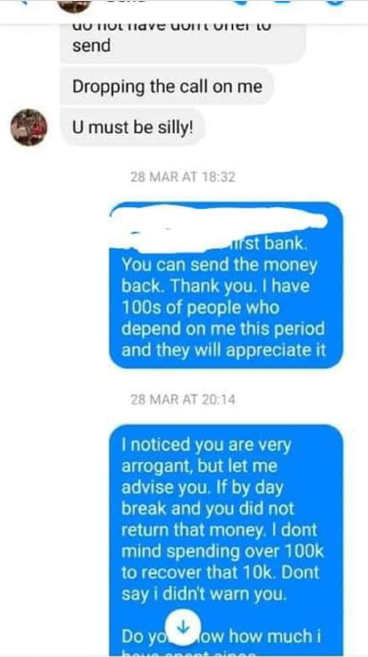 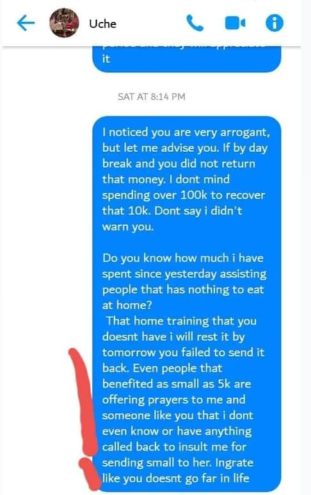 Below are chats released by other men who have had a similar experience with the woman. 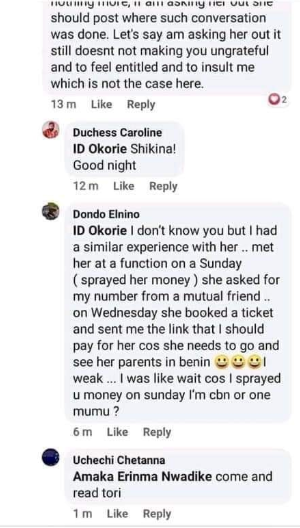 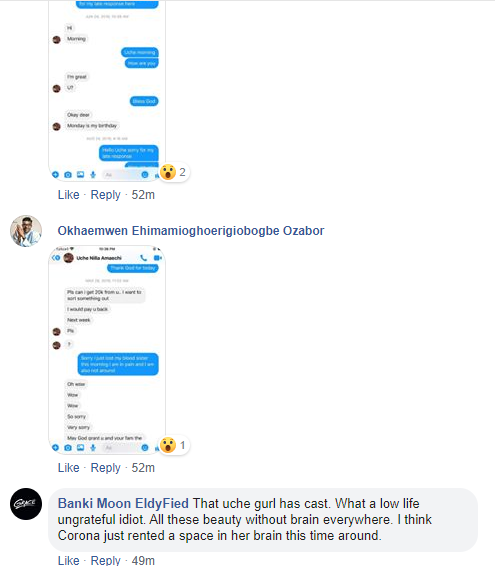 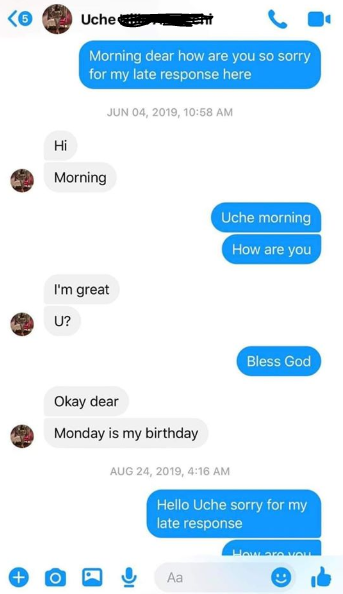 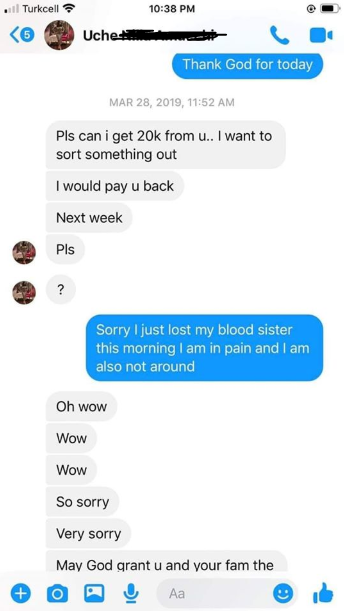