Nollywood veteran actress, Ireti Doyle has dished out an advice to her followers.

In her tweet, Ireti stated that one should stay away from people who prematurely announce their greatness because there is much to be gained from the learning ropes. She added that without being baked to the right degree, one can leave even before they arrive.

Shy away from people who prematurely announce your “greatness”… There’s much to be gained from learning the ropes, starting from the bottom up and being baked to the right degree. Otherwise, you leave before you even/ever arrive. 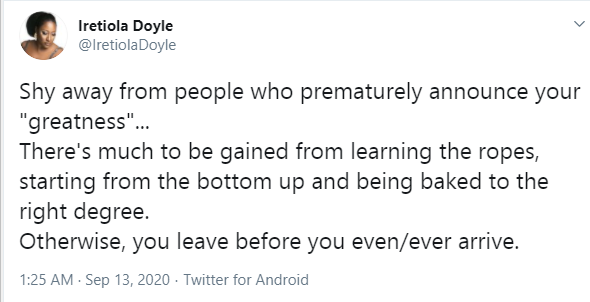