CEO of Foston Musik, Foston Utomi who apparently, is the Boss to Patoranking’s record label and had the guts to boast he is going to trend on social media as the next man who killed his wife.

Apparently, this couple met on Instagram and of course his wife, Ajoke was so elated that they were about to tie the knot despite her parents refusal when she got pregnant with their son, Kendrick while she was still in school..Read more after cut….

Ajoke shared pics on IG last night and said her husband striped to his underwear in front of her & his friends and battered her for hours. His friends, she said weren’t able to subdue him as he was allegedly determined to kill her. 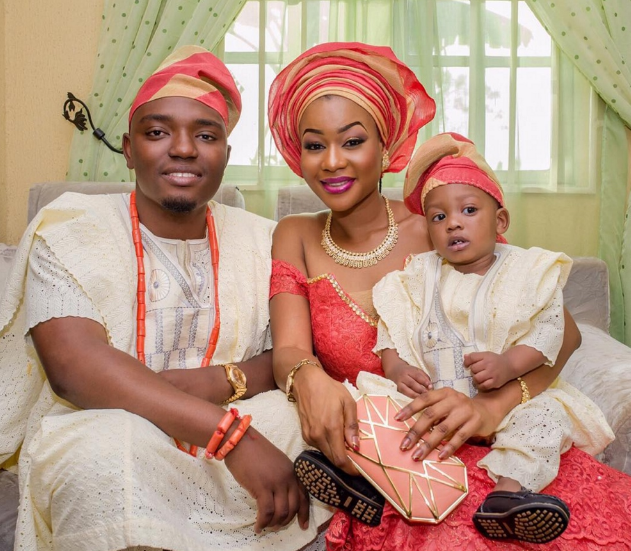 He showed no mercy, still said to me that I was going to drown in my blood.
Read her full statement below:

In this day my darling husband saw his wife and mother of his child bleeding on the floor but was still hugging and puffing. Swearing on his mothers life that that was going to be my last day on earth.
Swearing that he would “enter Instablog” as the next man who killed his wife. I can’t help but imagine 2 conductors on the street fighting, 2 strangers.
When one starts to bleed the other would think “ha make I calm down oh” talkleas of beating your defenseless wife who did Nothing to you (or please ask him, what I did, I
would love to be able to make sense of this, love to know my offense). He showed no mercy, still said to me that I was going to drown in my blood.
He locked all doors, even balconies incade I wanted to jump out! The man I loved striped to his underwear in front of my friend and the abuse went on for hours, he had 2 of his own friends in the house and even they weren’t enough to stop him, he was exchanging blows with them, just to get to me. 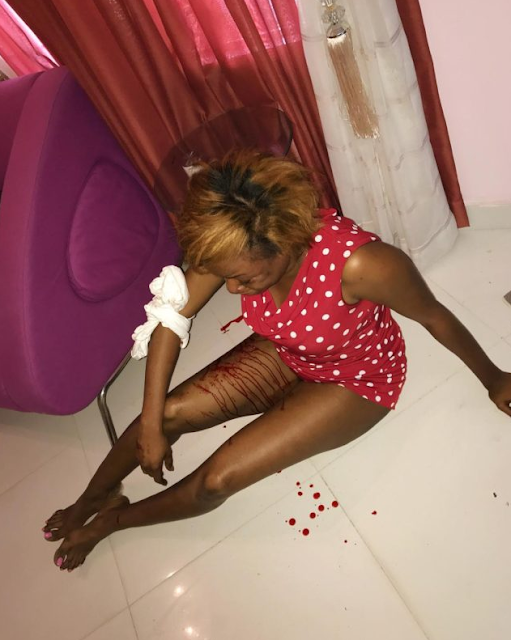 It was as though he had 5 men inside him, determined to kill me. I excaped only by the grace of God. My friend and I were running on the street with blood on me like this and people wondering what happened to us.
And this was just one day. I can write a book on the living hell I lived. And it’s you, who has the guts to bring this to instagram? You are not even worthy of being a role model to your son yet You think you a motivational speaker now?
Before she revealed the Domestic Violence issue, her husband had posted a motivational post on his Instagram.. and a random user in the Comment section told him “Domestic Violence is not allowed”.. Foston felt the random user was his wife, so he sent her a private message.. Read Below:
The motivational post he posted:

World Angelica Botu - July 10, 2020
0
Ghanaian minister of education, Matthew Prempeh has disclosed that about 90 percent of staff of the ministry he heads have tested positive for Coronavirus. GhanaWeb reported...

EFCC Denies Its Chairman Said ‘Coronavirus Is Caused By Corruption