The Nigeria Immigration Service (NIS), Oyo State Command on Thursday, said that it has discovered a baby factory owned by one Mrs Stella at Block B, House 8, Adebayo Oke Street, around Sharp Corner, Oluyole area of Ibadan, Oyo State.

Two female victims, including a pregnant woman, were rescued, while three accomplices were arrested at the factory during the discovery.

NIS Comptroller in the state, Saleh Abdullahi, while briefing journalists on Thursday, disclosed that Zone F of the command discovered the baby factory.

According to Abdullahi, the alleged operator of the factory, Stella, is now at large.

He said the place was discovered in the process of rescuing a 16-year-old girl, Mary Yawa, from her end user, Mrs Kehinde Omotoso of Awolowo Bashorun area, Ibadan on January 28. 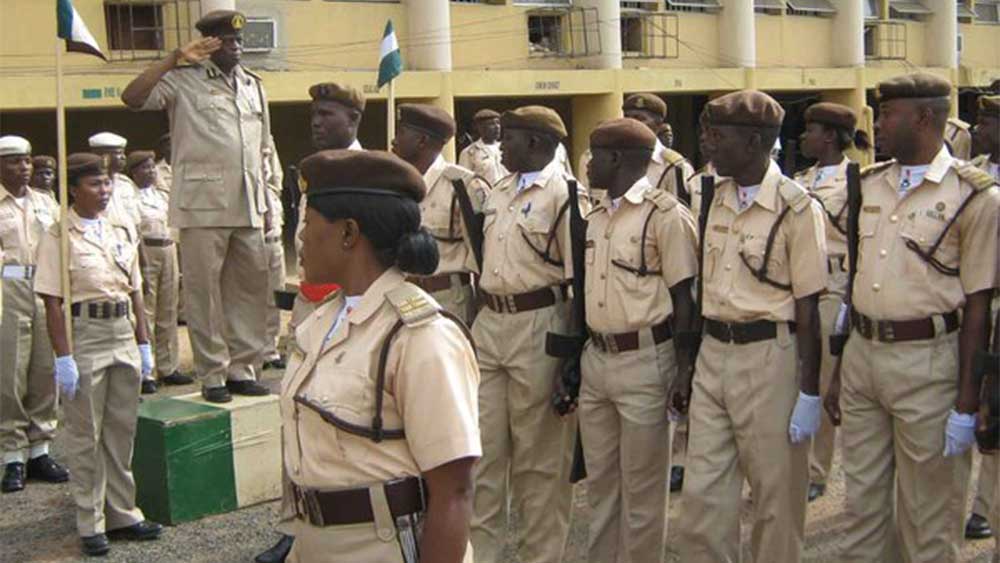 The girl, Yawa, was said to have earlier delivered a baby at the baby factory on August 28, 2018.

Abdullahi said, “In the process of investigation, Yawa, a Togolese, revealed that she was impregnated by one Adewale when she was a housemaid to one Alhaja from Saki.

“A few days to her delivery, the Alhaja took her to Stella, who is not a nurse, where she was delivered of a baby on August 22, 2018.

“After her delivery, precisely on August 27, 2018, the Alhaja, her master from Saki, came to the house with another Igbo woman and took her child away, while Yawa was, thereafter, given to her end user Omotoso, where she was rescued.

“The Nigeria Immigration Service visited Stella’s house, but did not meet her. Officers met a 25-year-old girl, Odunayo Abiodun, who claimed to be Stella’s sister and another 21-year-old pregnant lady, Esther Hadji”.

Abdullahi said the pregnant Hadji, a Togolese, claimed she was brought to Stella’s baby factory by her brother, Kodjo.

He added that the immigration and the police had been on the search for Stella and the Alhaja from Saki.

According to him, Stella’s house was met under lock.

He, however, vowed that Stella and the Alhaja would soon be arrested and prosecuted.

The two victims and three accomplices were later handed over to the representatives of the National Agency for the Prohibition of Trafficking in Persons (NAPTIP).

One of the victims, Yawa, whose baby was taken, said the Alhaja lied to her that the baby had been given to Adewale’s mother.

She said she did not know the whereabouts of her baby and Adewale.

Another victim, Hadji said that Stella came to meet her brother, Kodjo, that she would assist her to take care of the baby whenever she gives birth.

She added that Stella later told her after four days of living with her that the baby would be collected from her after birth and given to the mother of the person that impregnated her.