A lady has reportedly been apprehended by the officials of the consumer protection council (CPC) after she was found using her old panties to prepare Kunu for general public consumption.

Kunu is one of the most widely consumed local beverages in most regions of Northern Nigeria. It is usually made from grain such as millet or sorghum, although it can be made from maize as well. 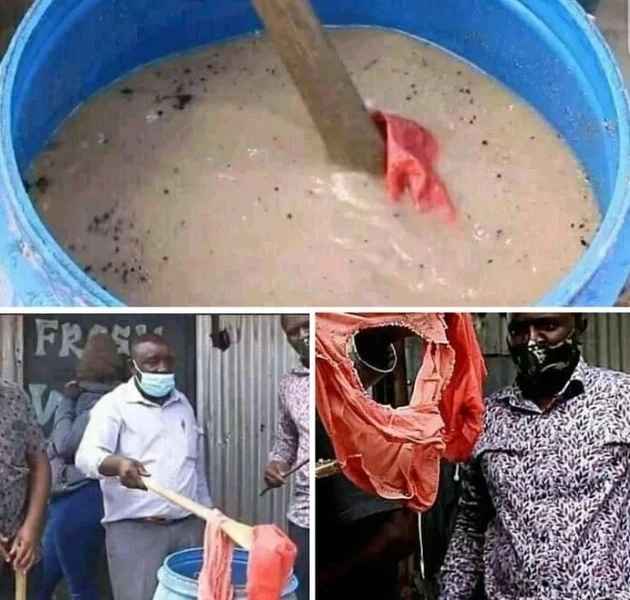 Reports also have it that the lady in question was nabbed after she was exposed by some of her friends.

She allegedly made the kunu drink in large quantities and hundreds of people ignorantly buy her product every day without understanding how it is made.

The woman is presently in police custody and will be brought before the court when an investigation has been completed.

Nigerian Boy Horrified After Being Told By Sex Clinic That He...