Malawians have taken to Facebook to mourn the death of Waheeda Bagus, a 25-year-old woman who was shot by her husband because he suspected her of infidelity.

Waheeda, who a niece to Malawi’s Trade, Industry and Tourism Minister, Salim Bagus, was shot by her husband on December 15. She succumbed to the gunshot wounds on Tuesday, January 14, at Kamuzu Central Hospital. 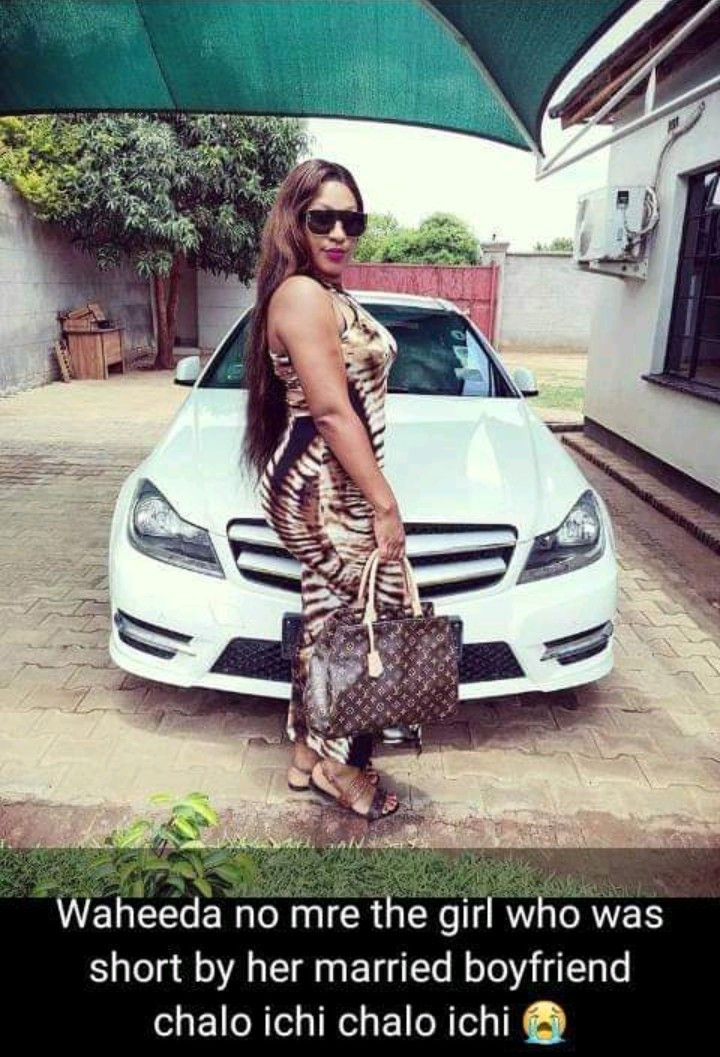 It has been revealed that the late Bagus’ condition  became worse and there was a need to raise K40 million for specialised treatment in India. Unfortunately, she died despite attempts to save her life.

Bagus’ husband Mark William Phiri attempted an escape after shooting his wife last December but eventually handed himself over to Malawi Police and was charged with attempted murder. 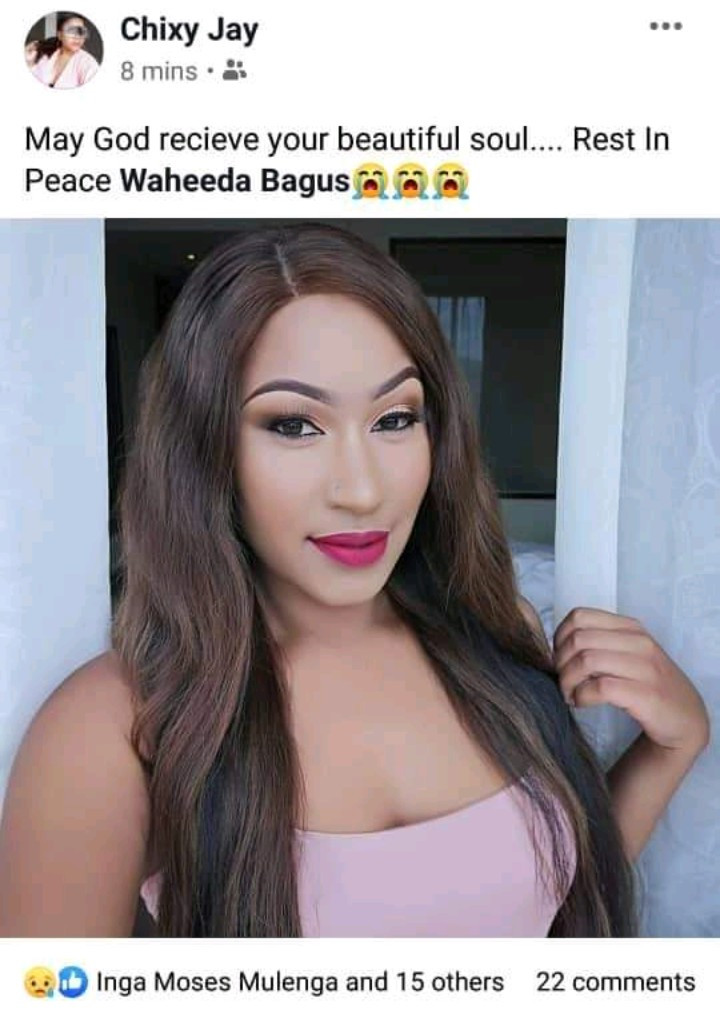 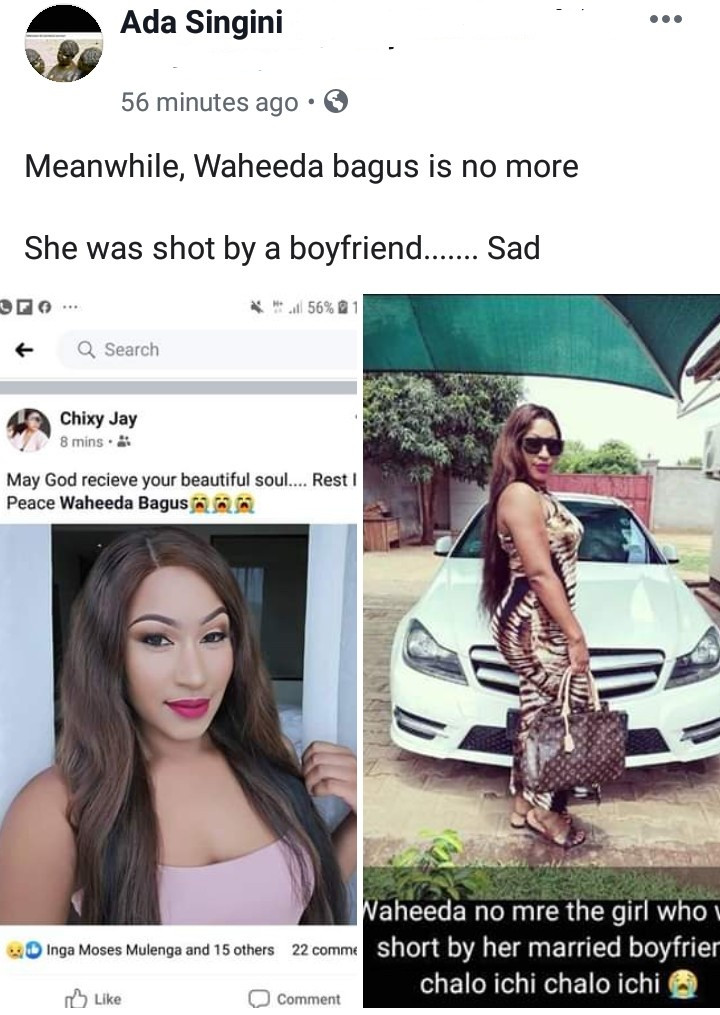 In a statement released hours after Bagus’ death, Zgambo said Phiri attempted to bribe the Police Officers on duty who were left with no choice but to force him into custody.